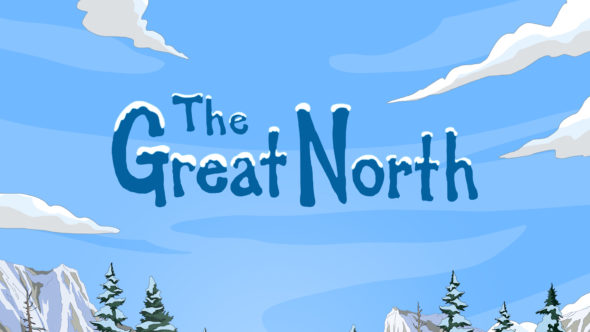 The Great North is coming to FOX early next year. The network is giving fans of their Sunday night programming a peek at the new comedy. It stars Nick Offerman, Jenny Slate, Will Forte, Megan Mullally. Dulcé Sloan, Paul Rust, and Aparna Nancherla. Canadian-American singer Alanis Morissette will also have a role, playing herself.

The series follows a single dad and his family living in Alaska. Offerman voices the patriarch of the Tobin clan. FOX revealed more about the new animated series in a press release.

“THE GREAT NORTH is a new animated comedy from BOB’S BURGERS creator Loren Bouchard, Wendy and Lizzie Molyneaux and Minty Lewis. The series follows the Alaskan adventures of the Tobin family, as a single dad does his best to keep his weird bunch of kids close – especially his only daughter, whose artistic dreams lead her away from the family fishing boat and into the glamorous world of the local mall.”

The Great North arrives on FOX in February, but an exact premiere date has not yet been revealed.

What do you think? Are you excited to see The Great North on FOX when it joins the  Animation Domination line-up?