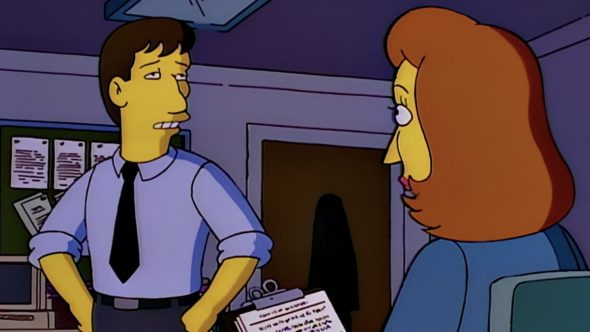 The X-Files could soon return for a new generation of fans on FOX. A new comedic animated series, set in the universe of the original sci-fi live-action show, would focus on an entirely new set of characters in New Mexico.

The Hollywood Reporter revealed more about the FOX project:

“The network is developing a comedic, animated take on the beloved series that will focus on a new set of characters — a B-team of agents working in Albuquerque, New Mexico. The potential series is called The X-Files: Albuquerque and centers on an office of misfit agents who investigate cases too wacky, ridiculous or dopey for Scully and Mulder. The concept is similar to that of CBS All Access’ Star Trek: Lower Decks, which focuses on low-level Federation workers.”

A script for the potential series has been ordered, and Chris Carter will executive produce the project alongside Rocky Russo and Jeremy Sosenko.

This wouldn’t be the first time that X-Files characters have been animated on FOX. David Duchovny and Gillian Anderson played their iconic characters, FBI Special Agents Fox Mulder and Dana Scully (pictured), in a 1997 installment of The Simpsons, while The X-Files was still airing.

What do you think? Are you a fan of The X-Files? Would you watch this new animated series if it arrives on FOX?

Nothing ridiculous idea not going to last stupid topic making into cartoon shows horror alien from 1990’s it 29 years old let it die.

That’s a screen capture of a Simpsons episode when David Duchovny and Gillian Anderson guest starred as their X-Filles characters. That’s not necessarily what the show will look like.

Why watch
Reply to  Roger Yesman

It’s just as bad. Please don’t do this

Plz no, lower decks is awful enough, we dont need another animated comedy spin-off of another beloved franchise