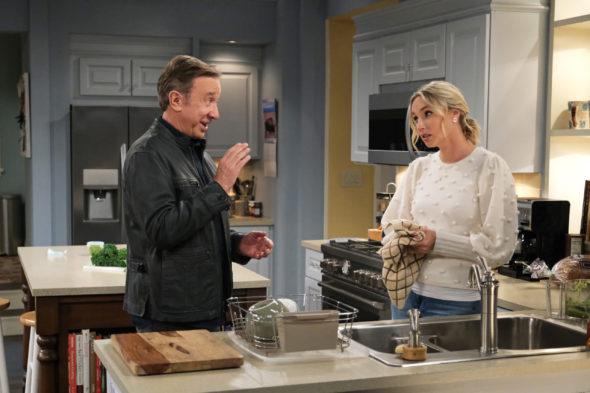 FOX is changing its line-up for the first Sunday night of 2021. The network has decided to air an episode of its upcoming animated series, The Great North, on January 3rd at 8:30 PM. The show was set to launch on February 14th. The series, which follows the Tobin family in Alaska, will now return on that date.

FOX revealed more about the changes to its schedule in a press release:

“THE GREAT NORTH will now have a special preview on Sunday, Jan. 3 (8:30-9:00 PM ET/PT), ahead of its series premiere on Sunday, Feb. 14 (8:30-9:00 PM ET/PT), as part of the ANIMATION DOMINATION lineup. The new animated comedy follows the Alaskan adventures of the Tobin family, as a single dad, BEEF (Nick Offerman, Parks and Recreation, Making It), does his best to keep his bunch of kids close – especially his only daughter, JUDY (Jenny Slate, BOB’S BURGERS), whose artistic dreams lead her away from the family fishing boat and into the glamorous world of the local mall. Rounding out the family are Judy’s older brother, WOLF (Will Forte, The Last Man on Earth); his fiancé, HONEYBEE (Dulcé Sloan, The Daily Show); Judy’s middle brother, HAM (Paul Rust, Love); and ten-year-old-going-on-fifty little brother, MOON (Aparna Nancherla, “A Simple Favor”). While the children’s mother is not in the picture, Judy seeks guidance from her new boss, ALYSON (Megan Mullally, Will & Grace), and her imaginary friend, ALANIS MORISSETTE (guest-voicing as herself), who appears to her in the Northern Lights. The series, which already has been renewed for a second season, was created, written and executive-produced by BOB’S BURGERS writers and executive producers Wendy Molyneux and Lizzie Molyneux-Logelin, as well as writer Minty Lewis (Regular Show). The Molyneux sisters serve as showrunners. BOB’S BURGERS creator Loren Bouchard is also an executive producer. THE GREAT NORTH is a 20th Television production, and animation is produced through Bento Box Entertainment.

Entering its ninth and final season, hit comedy LAST MAN STANDING will now have a special season premiere Sunday, Jan. 3 (9:30-10:00 PM ET/PT). LAST MAN STANDING makes its time period premiere with an all-new episode Thursday, Jan. 7 (9:30-10:00 PM ET/PT). The series stars Tim Allen as MIKE BAXTER, a happily married father of three daughters, who finds himself the odd man out in a home dominated by women. The series also stars Nancy Travis, Amanda Fuller, Molly McCook, Christoph Sanders, Jordan Masterson, Jonathan Adams, Krista Marie Yu and Hector Elizondo. After the events of the eighth season finale, during which Kristin (Fuller) went into labor with her baby daughter, while Mandy (McCook) was pregnant with her first child, the series will jump ahead into the near future, when Mike and his wife, Vanessa (Travis), will contemplate their own future, including Mike’s imminent retirement from his lifelong job at Outdoor Man – and who could be his successor. LAST MAN STANDING is produced by 20th Television. The series was created by Jack Burditt. Kevin Abbott, Matt Berry, Kevin Hench, Ed Yeager, Tim Allen, Marty Adelstein, Shawn Levy, Becky Clements, Richard Baker, Rick Messina, Pat Bullard, Mike Teverbaugh, Linda Teverbaugh and John Amodeo are executive producers. Abbott serves as the series’ showrunner.”

Love this show! Watched it from the beginning and will watch to the very end! I wish it could keep on going!

I’ve been a fan of Last Man Standing from the beginning.
It’s a comedy for those of us that are not nit-wits.
I wish it would stay around for a very long time.
I wish the entire staff all the best in their future endeavors.

I have been waiting for the new season of Last Man Standing!! Took long enough! Can’t wait to watch it. Keep it coming every week all season long!! Wish it wasn’t ending after this season!! One of the best shows on TV!!! Love the cast – but wish the old Mandy would be back…!

L add st Man Standing got the shaft from FOX…
I will definitely watch and not the other crsp they are pushing…Fox sucks!

Last Man Standing is one if the greatest sitcoms ever…far above the normal pandering fodder produced. Start considering quality over commercial crap and give America something to enjoy.
LAST MAN STANDING IS THE LAST TRUE INTELLIGENT COMEDY STANDING!

Last Man Standing KEEP IT. Do not cancel

Love this show. So good and I can’t wait waiting for it big bummer ending.