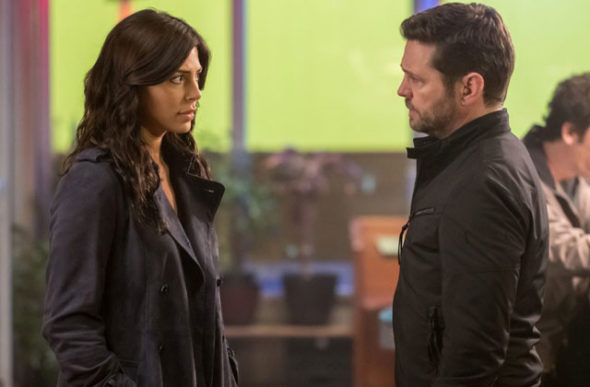 The BEST Canadian show. Too bad, Global made the worst decision ever to cancel it. I can’t belive that they cancel such amazing shows and the boring ones such as “The younge and the restless” make it to 12000+ episodes and still going. Shame on the ones taking such ridiculous decisions. [confused] [angry]

This show used to be on the regular ION channel. It’s too bad they moved it to ION Plus.

Kinda weird for ION to create a new network called ION Plus and then only distribute that on Samsung and Vizio TVs. Why not make it available for TV agnostic devices like Rokus, Android TVs, and Amazon Fire TVs and then charge $5/mo or so like AppleTV+, Paramount+, and whoever else does.

Private Eyes is returning for it’s 5th and final season. It will air on July 7th on Global in Canada.

As far as I know, if you have a Vizio smartcast tv or a Samsung Smart TV or phone. both services are still airing ION Plus as a station on their free streaming channels. And season three will be played on Thursday, April 1 2021, and season four on Thursday April 8 2021.

for schedule information go to https://ionplustv.com/schedule

Please bring it back this was a fun show to watch and they made a great pair the story lines were excellent keep up the good work.

please let me know if private eyes will be picked up by ION, since ION PLUS was dropped here in the U.S, I don’t have access to cable,so that was the only reason I watched the channel because of the show.

Private Eyes is the best show around I can’t believe it won’t be back on Ion plus. We finally found a clean, family show and you take it off. It was nice to see it back during the pandemic. There are so few shows we watch because of all the violence and cursing. The parent child relationship is also good to see.
PLEASE, bring this show back to ION PLUS.

Private eyes season 3 is playing right now on Ion Plus TV. In the USA

Not everyone in the us has ION PLUS. I don’t. I am actually now regretting that I started watching this show. I love it but was only able to watch 2 seasons.