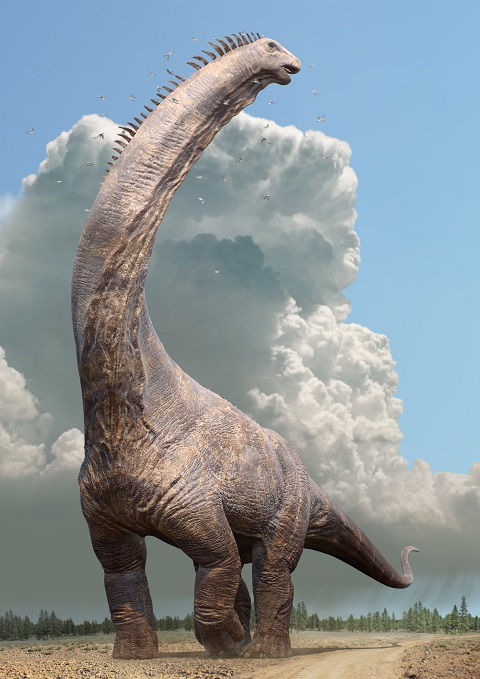 Surviving Earth has been ordered by NBC. The new prehistoric documentary series, an eight-episode event, will look back at mass extinction events in our planet’s history.

“NBC is going way back in time to see how life not only survived cataclysmic events but thrived in the unscripted special event series order “Surviving Earth.” The series will be available for streaming next day on Peacock and a premiere for the eight-episode hourlong series will be announced at a later date.

A co-production between Universal Television Alternative Studio, a division of Universal Studio Group, and UK indie Loud Minds, “Surviving Earth” will take an incredible journey into prehistory to learn the lessons from past mass extinctions.

Adopting cutting-edge digital technology, each episode transports the viewer back to meet the bizarre and amazing creatures and breathtaking landscapes of a vibrant lost world. Audiences will witness how life finds a way to survive on a planet where meteors fall, super volcanoes erupt, seas boil and the land moves. From the creators of “Walking with Dinosaurs” and “Primeval,” these are the stories of the survivors, fighters and lucky ones that shaped the world we live in.

“This epic event series promises to be unlike anything we’ve seen before, with state-of-the-art technology recreating an immersive view of prehistoric Earth,” said Rod Aissa, Executive Vice President, Unscripted Content, NBCUniversal Television and Streaming. “With a project of this magnitude, we’re in excellent hands with Universal Television Alternative Studio and Loud Minds on board bringing it to life.”

“This documentary series brings to life the rich history of our planet to shed light on its future,” said Toby Gorman, President, Universal Television Alternative Studio. “It’s a thrill to tap into the latest technology while diving into Earth’s prehistoric past alongside our partners at Loud Minds. We’re excited to bring this unparalleled project to NBC.”

“In an age when there is so much concern about our changing climate, if we want to know our future we have to understand our past,” added Tim Haines, Creative Director, Loud Minds. “We’re delighted to bring to NBC this spectacular story that celebrates the power of life on our ever-changing Earth.”

A premiere date for this new series will be announced later.

What do you think? Are you excited to check out Surviving Earth on NBC?

Can’t wait to see this!