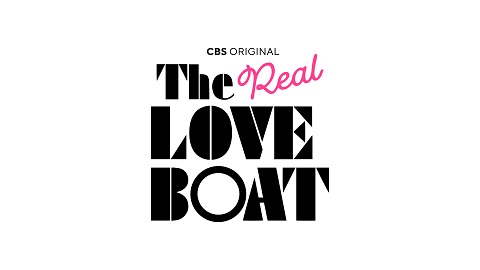 The Real Love Boat now has its hosts. Real-life couple Rebecca Romijn and Jerry O’Connell will lead the new dating TV show. Inspired by the 1970s TV series, the reality series is set to premiere this October.

CBS revealed more about the dating series in a press release.

“After years of consuming, arguing about and dissecting unscripted television, hosting a reality series where a group of singles look for love while aboard a Princess Cruise ship, seemed like a dream come true,” said Romijn and O’Connell. “When we heard it was aboard THE REAL LOVE BOAT, that dream got an iconic theme song – ‘we promise something for everyone.’”

Rebecca Romijn continues to maintain her leading lady status in Hollywood since famously starring as Mystique in the FOX X-Men franchise. Currently, Romijn stars in the Paramount+ series STAR TREK: STRANGE NEW WORLDS, reprising her role as the iconic character Number One, whom she also portrayed in STAR TREK: DISCOVERY. As co-host of THE REAL LOVE BOAT, the former Sports Illustrated swimsuit issue cover model returns to familiar territory – she served as the host of MTV’s iconic “House of Style” and as host and executive producer of the GSN bodypainting competition series “Skin Wars.”

Actor, director and television personality Jerry O’Connell serves as host of THE TALK, CBS’ Daytime Emmy Award-winning talk show that examines topical events and contemporary issues. O’Connell began his acting career at age 11 when he co-starred as Vern Tessio in “Stand by Me,” spawning a career of roles in critically acclaimed films and televisions series. O’Connell currently voices Commander Jack Ransom in STAR TREK: LOWER DECKS for Paramount+ and he can now be seen in the thriller “Endangered Species” opposite his wife, Romijn, and Philip Winchester.

THE REAL LOVE BOAT brings singles together to sail the Mediterranean on a luxury cruise ship while looking for love. Destination dates, challenges and surprise singles will test the couples’ compatibility and chemistry. Like the beloved original scripted series, the indispensable crew members, including captain and cruise director, will play pivotal roles in the matchmaking and navigation of the romantic (and sometimes turbulent) waters ahead.

After nearly one month at sea, one winning couple will dock in the final port and take home a cash prize plus a once-in-a-lifetime trip courtesy of Princess Cruises, the series’ exclusive cruise line partner.”

The Love Boat soon will be making another run! 💙 We are partnering with @CBS to air #TheRealLoveBoat, a reality dating competition series inspired by 1970s series. Production begins this summer aboard #RegalPrincess, expected to air in the U.S. and Australia later this year. pic.twitter.com/Z3lHpFBLIB

Hey guys!! So excited to announce I am in the Med filming my new show ‘The Real Love Boat’ – back on a boat but this time helping our gorgeous passengers find love!!! #TheRealLoveBoat pic.twitter.com/ayHtjVivHJ

What do you think? Are you excited to see Romijn and O’Connell on The Real Love Boat?

I loved the original Love Boat, but this sounds awful. I don’t like any of the stupid dating shows. However, I will watch it once to give it a chance. After that, who knows?

Still have no intentions of watching it