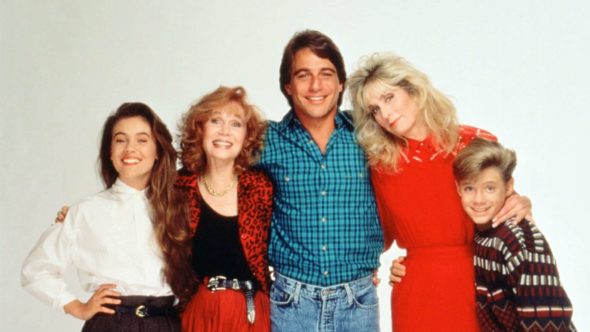 Viewers may soon see Tony and Samantha Micelli back together on the small screen. Amazon Freevee is developing a sequel to the 1980s sitcom Who’s The Boss? with Tony Danza and Alyssa Milano as stars. Mike Royce and Brigitte Muñoz-Liebowitz are writing the series.

Deadline revealed the following about the potential Amazon Freevee series:

“Danza and Milano are set to reprise their roles as Tony and Samantha Micelli. Set 30 years after the events of the original series, the sequel will focus on former Major League Baseball player/retired housekeeper Tony Micelli (Danza) and his relationship with his daughter Samantha (Milano). She is now a single mother, living in the family house. In line with Lear’s classic shows, the new comedy will explore generational differences, as well as opposing worldviews and parenting styles within the dynamic of a modern family in 2022.”

What do you think? Do you want to see Who’s the Boss? back on the small screen?

Hopefully, they get Judith Light or I’m not sure what the point is. The show was always about Tony and Angela.

I absolutely adore Who’s The Boss?. It was one of the best family and progressive sitcoms on network television from the mid eighties into the early nineties. That being said, its revival, reboot, or sequel should be handled with kit creative gloves. In light of it being called a reboot sequel, the idea is that they will bring to the television a continuation of the family that we said goodbye to in 1992. So far to old and new fans, it’s disheartening to only see half the family, The Micelli’s return. Even though Alyssa signed on first, and Tony are… Read more »

I loved this show. I would love to see Tony again but it wouldn’t be the same without Angela. I don’t know how they would do the show when he stayed with Angela at the end of the series. It would be better if she also was on it.

I don’t know. Sometimes you need to leave well enough alone . But I agree , nothing but crap on TV these days , SO SICK OF SINGING AND DANCING SHOWS ….!

I would love to see this sequel. Finally a show that would be entertaining instead of all this other crap that is on TV now.

I’m not sure this show was all that great the first time around, and I was there to see it, so i’m highly doubtful yet another remake of yet another old show with actors whose work could at best be described as questionable is worthy of the cash they will spend to make it. I guess the Gen X millennial types will all appreciate the throw back to stonewash denim and big hair though, who knows, maybe even Tiffany will make a guest showing.

No this sequel is not interesting to watch mostly that I do not like any more Alyssa Milano .

I just got into “Who’s the Boss” myself because it airs on GAC Family and it’s a pretty funny show, but this sequel series/revival/reboot trend is annoying.

I will never watch another show with Alyssa Milano in it.