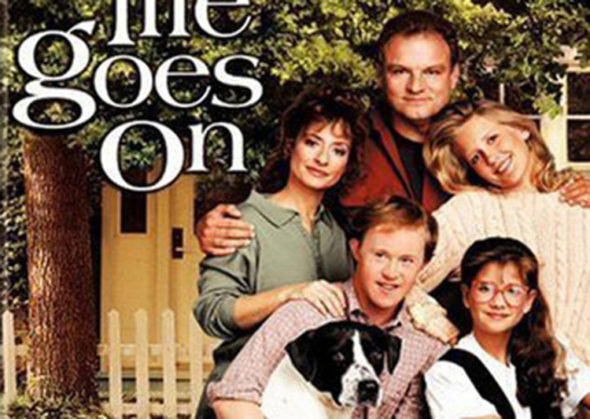 Life Goes On might be returning to the small screen. A sequel to the ABC family drama series is now in the works. Original series star Kellie Martin is set to star as her character, Becca Thatcher, who is now a successful doctor who returns to her hometown. It’s unclear if any of the other original cast members will return.

Per Deadline, Okoro Carroll will write and executive produce the Life Goes On sequel, and a home is being sought for the series now. It could land on broadcast, streaming, or cable.

Creator Michael Braverman is an executive consultant on the project. In addition to acting, Martin will serve as a producer along with Chad Lowe. He played Jesse McKenna, Becca’s love interest and eventual husband, on the 1989-93 drama but it was revealed that his character had died of AIDS in a flash-forward in the series finale. It was also mentioned that Becca later remarried and also had a son named Jesse.

The Life Goes On series revolves around the Thatcher family from suburban Chicago and stars Martin, Bill Smitrovich, Patti LuPone, Chris Burke, and Tracey Needham with Lowe, Tommy Puett, Michael Alldredge, and Alfred Dennis in recurring roles. The family drama is remembered for being the first to feature a major character (Burke) with Down syndrome and also for having an ongoing character (Lowe) who was HIV-positive.

What do you think? Did you watch Life Goes On when it aired on ABC? Will you watch the sequel series if it makes it to the small screen?

I loved that show!! It was groundbreaking in so many ways and just a lovely family drama!

I loved that show! Working with Downs Syndrome kids and adults was one of the most rewarding experiences of my life!!

I loved this show! Can’t wait!

Yes, and I can’t wait for the new series to come out. Life Goes On was the first non-children’s show I watched, and I’ve loved Kellie Martin since then.

Don’t watch, have not seen

I never missed an episode. But if Chris Burke or any of the other regulars besides Kellie don’t return I would not be interested in a reboot.

Won’t be watching. Not a fan of Kellie Martin. I know lots of people like her but not me.

I am really not sure. If actors with Down Syndrome will be playing characters on the show, it may work out well