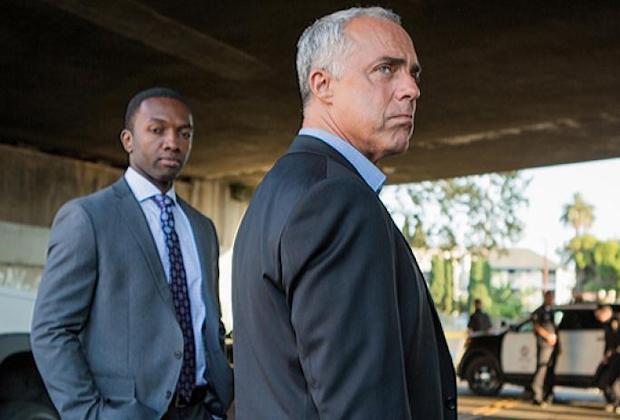 Bosch: Legacy premieres on Amazon Freevee later this week and the spin-off has been already renewed for a second season. Starring Titus Welliver, Mimi Rogers, Stephen A. Chang, Denise Sanchez, Kate Burton, Jai Rodriguez, and Michael Rose, the series picks up where Bosch left off and follows Harry Bosch’s next chapter.

Amazon Freevee said the following about the renewal:

Prior to the first season premiere on May 6, Freevee has picked up a second season of the spinoff series, which follows retired homicide detective turned private investigator Harry Bosch (Titus Welliver) as he fights to work cases without the authority his former job provided. Meanwhile, attorney Honey “Money” Chandler (Mimi Rogers) struggles to maintain her faith in the justice system after surviving an attempted murder, and Maddie Bosch (Madison Lintz) discovers the possibilities and challenges of being a rookie patrol cop on the streets of Los Angeles.

What do you think? Are you excited to hear that Bosch: Legacy will be around for another season?

I just started watching Bosch Legacy and am very happy how it’s going. The story and writing are top notch. I’m so glad to see that it has already been renewed for a second season. I want it to go on for several seasons.

Yes…it is a great show…keeps you wanting to come back to see what happens next ..the actors are exceptional. . I am very happy to see that the show will have a second season and I hope many more. just finished the 10th show and cannot wait for a season two..my best wishes for all involved in Bosch Legacy. thank you ..

Great to have Bosch back, binged the first 4 episodes but now having to wait for the next one on Friday

I have been waiting patiently for this Bosch spin-off. So happy it has already been renewed!

Outstanding. Bosh is great. Will be interesting with his daughter becoming a police officer.

Bosch is back and we’re better for it!

I am loving this series. Great job, and thrilled to see that season 2 is on the books!

Absolutely thrilled that Bosch and Titus will be with us for time to come.

I am glad that Titus W. is back to doing detective work instead of working with the wrong side of Star Wars.