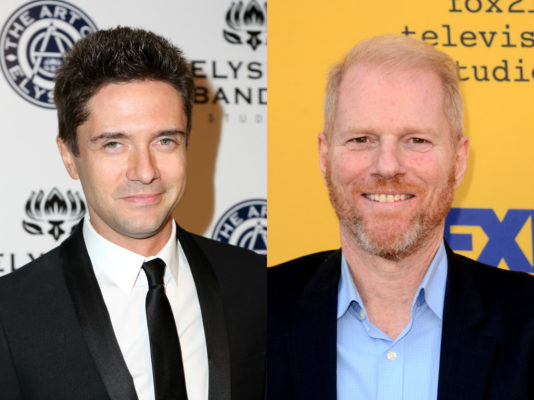 Based on the book by Richard Preston, the drama is “inspired by the terrifying true story of the origins of the Ebola virus and its first arrival on U.S. soil in 1989.” Julianna Margulies also stars.

The mini-series is expected to premiere on National Geographic Channel in 2019.

(WASHINGTON, DC – SEPT. 13, 2018) National Geographic, Fox 21 Television Studios and Scott Free Productions today announced the cast joining previously announced Julianna Margulies (“The Good Wife,” “ER”) in THE HOT ZONE, based on the eponymous international best-seller by Richard Preston. Noah Emmerich (“The Americans”), Liam Cunningham (“Game of Thrones”), Topher Grace (“Blackkklansman”), Paul James (“The Path”), Nick Searcy (“The Shape of Water”), Robert Wisdom (“The Wire”) and Robert Sean Leonard (“House”) will all star in the six-episode global mini-series inspired by the terrifying true story of the origins of the Ebola virus and its first arrival on U.S. soil in 1989. James D’Arcy (“Homeland”) joins the cast as a series guest star. Production begins today in Toronto and will also shoot in South Africa in early December. THE HOT ZONE will premiere globally on National Geographic in 2019.

THE HOT ZONE tells the story of the origins of Ebola, a highly infectious and deadly virus from the central African rain forest, and its arrival on U.S. soil in 1989. When this killer suddenly appeared in monkeys in a scientific research lab in the suburbs of Washington, D.C., there was no known cure. A heroic U.S. Army scientist working with a secret military specialized team put her life on the line to head off the outbreak before it spread to the human population. THE HOT ZONE is a dramatic, high-stakes scientific thriller with a courageous, brilliant and determined heroine at its center.

What do you think? Are you a fan of drama mini-series? Will you watch The Hot Zone?