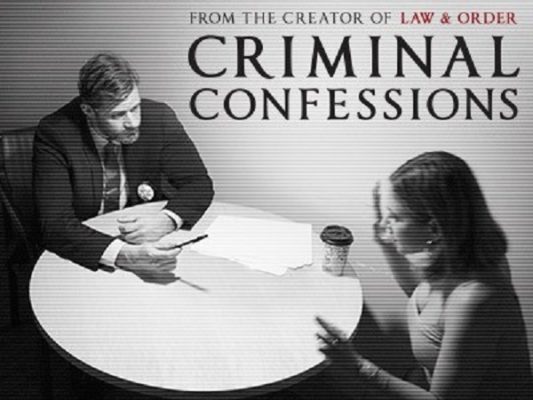 Criminal Confessions is back! Recently, Oxygen announced the TV show will return for a second season in October.

From Law & Order EP Dick Wolf, the true crime docuseries “gives an inside look into actual police interrogations around the country with detectives who will stop at nothing until they find justice.”

New York, NY – September 14, 2018 – Oxygen Media, the network for high-quality crime programming, premieres a new and exhilarating season of “Criminal Confessions” on Saturday, October 6 at 8pm ET/PT. From Executive Producer Dick Wolf and Shed Media, “Criminal Confessions” gives an inside look into actual police interrogations around the country with detectives who will stop at nothing until they find justice. Each standalone episode reveals the keen strategies and tactics law enforcement use to get the ultimate truth out of suspects, resulting in jaw-dropping confessions that will leave viewers on the edge of their seats.

“We are continuing to give viewers an inside look into the investigation of criminals, with an emphasis on the psychological component of confessions,” said Wolf. “This gives crime buffs insight into a side of police work that has never been examined before.”

In the season premiere, an execution style double murder shakes a small mountain community in Eastern Tennessee when a young couple gets caught up in a web of romance and revenge. Could a feud sparked on social media lead to cold-blooded murder? When Billy Payne Jr. and Billie Jean Hayworth are found callously assassinated at home, their infant son is left as the only survivor. With no evidence or DNA at the crime scene, investigators are forced to navigate a feud that caused this small town of families to divide.

What do you think? Have you seen Criminal Confessions? Will you watch season two?