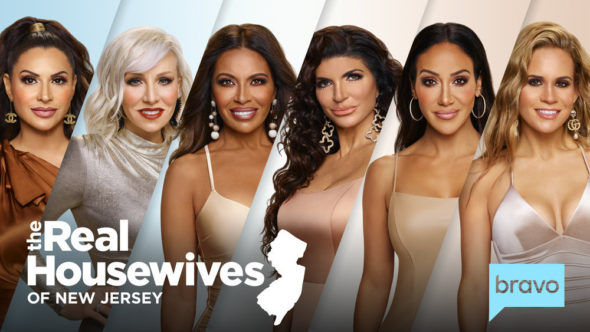 The Real Housewives of New Jersey is returning soon for its 12th season and Bravo has revealed details about what is ahead for the ladies. This time around, Traci Johnson will join Teresa Giudice, Melissa Gorga, Margaret Josephs, Dolores Catania, Jackie Goldschneider, and Jennifer Aydin on the reality series.

Bravo revealed the following about season 12 of The Real Housewives of New Jersey:

“After years of weathering the storm, Teresa is finally getting her ray of sunshine and much deserved happily ever after. With less than a year of relationship bliss, Teresa makes the decision to move in with boyfriend Luis and blend their families. Excited to take things to the next level, Teresa is faced with rumors surrounding her relationship that has the ladies expressing concern and asking questions about the couple’s future.

Family always comes first for Melissa and this season is no different. After selling her house and moving towns, her daughter Antonia struggles during her junior year of high school as she acclimates to this new normal and recovers from an ACL injury. Following the accusations made by Jennifer last year about Joe’s business, Melissa comes to his defense, proving why you should never mess with her family. Will Melissa and Jennifer be able to reconcile, or will Teresa be forced to choose between family and friendship?

After revealing an Aydin family secret, Margaret deals with the guilt that comes along with causing pain to Jennifer. Despite her successful book launch, she discovers that her ex-husband was upset with the narrative. Her oversharing nature continues to cause shifts within the group, as well as with her family and past relationships which comes to a head during a group trip to Nashville.

With Frankie and Gabby both living in their family’s home, Dolores has decided to rent a brand new townhouse and loves the freedom that comes along with it. Things get too close for comfort when Frank invites himself to stay at the Catania’s domicile. But, that’s not the only struggle she’s facing — after years of the ladies questioning her relationship with David, Dolores contemplates what the future of her love life looks like.

Jennifer publicly faces the biggest hardship and insecurity in her marriage when family secrets are revealed and rise to the forefront. After the news is brought to light, not only does Jennifer fight to protect her family, but she’s also left to reevaluate her contentious friendship with Margaret.

Jackie is forced to face her life-long struggle of an eating disorder and comes to the realization that her road to recovery could be life threatening. While confronting her health issues head on, she also has no problem confronting Dolores as she begins to question her lack of loyalty to her so-called “friends.” A turn of events takes place when Jackie comes to Jennifer’s defense after reflecting on her own personal difficulties last year.

Introduced to the group by Melissa, Traci is no stranger to the spotlight. As the wife of former NFL player, Tiki Barber, she knows what it’s like to be in the public eye and values loyalty more than anything. After seeing what Teresa and Jennifer are going through in their relationships, she is forced to revisit past allegations about her own marriage.

Check out a preview for the return of the Bravo series below. The series returns on February 1st.

What do you think? Are you excited about the return of The Real Housewives of New Jersey?

I think Gia should come back down to earth.She thinks her **** don’t stink. I have news for you Gia Your not all that. People seem to kiss your butt but that will stop. And we all know when you walk your dam feet are killing you in those heels!

Someone should cancel this network/channel entirely, it is pretty much entirely responsible for the train wreck that is contemporary entertainment. Why anyone with any brain cells at all would want to see these vacuous awful women scream at each other for 45 minutes per night is absolutely beyond any common sense understanding. Garbage, and that is being very kind.