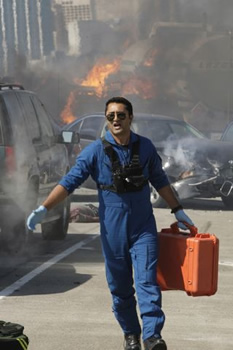 All the Firefighter’s in southern Indiana say bring it back.

I’m a real life firefighter EMT and i didn’t find out about this show until after it was canceled this show was AWESOME. I have seen every show online and think the marketing for the show was poor and would like to see a come back. We now have Chicago Fire that is a good show but it’s not TRAUMA.