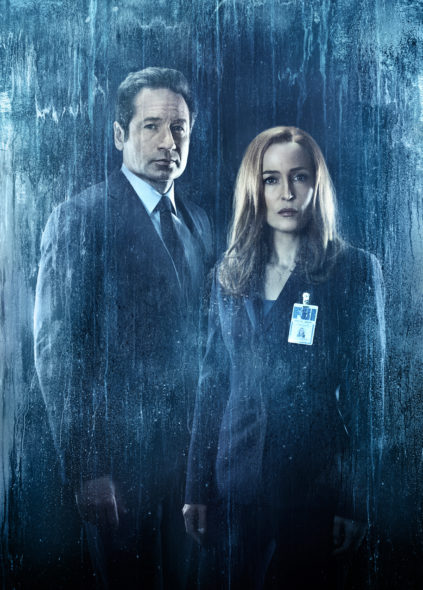 It seems the truth may lie behind the scenes. FOX has released a new behind-the-scenes promo for the 11th season of The X-Files. The new video features stars Gillian Anderson and David Duchovny, as well as creator Chris Carter. The trio sets up the coming installment, as they address the massive cliffhanger that was the season 10 finale. The X-Files season 11 premieres on Wednesday, January 3, 2018 at 8:00pm ET/PT.

The X-Files Season 11 Teaser: Behind the Scenes of the Season 10 Cliffhanger | FOX

With Mulder apparently dying as Scully stared up at what seemed to be a UFO, Carter says the 10th season finale was, “…Quite unlike anything we’d done before. We’re not used to Scully looking up at UFOs. And we’re not used to looking at Mulder at death’s door, so those were the big questions that needed to be answered, and I think we have a really interesting, dramatic solution.”

THE TRUTH IS CLOSER THAN EVER…

WATCH/SHARE THE ALL-NEW BEHIND-THE-SCENES LOOK AT “THE X-FILES”:

THE X-FILES originally premiered on September, 10 1993. Over the course of its nine-season run, the influential series went from breakout sci-fi favorite to massive global hit, and became one of the most successful television dramas of all time. The show, which earned 16 Emmy Awards, five Golden Globes and a Peabody Award, follows FBI special agents Mulder (David Duchovny) and Scully (Gillian Anderson), as they investigate unexplained cases – “X-Files” – for which the only answers involve paranormal phenomena.

Produced by 20th Century Fox Television and Ten Thirteen Productions, THE X-FILES is created and executive-produced by Chris Carter.

What do you think? Are you still a fan of The X-Files TV series? Did you enjoy last season’s revival? Do you plan to check out The X-Files season 11 when it debuts on FOX in January? Let us know, below.