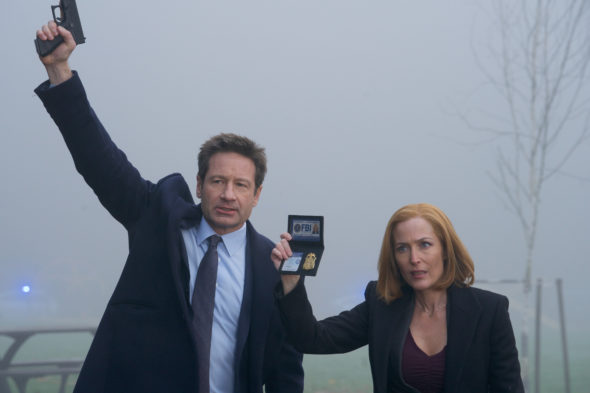 When Gillian Anderson announced she was done with the series — ahead of the season 11 premiere — we knew this day was coming. The X-Files TV show on FOX is cancelled, at least for now, Deadline reports. To be fair to the network, they were clear the revival was for limited 10th and 11th seasons. However, all is not lost. While Chris Carter has said that, while he never imagined the series without Anderson as FBI Special Agent Dana Scully, he is open to future seasons, with or without her.

The X-Files: A Look at the Ratings

What do you think? Are you still a fan of The X-Files TV series? Do you think it will come back for season 12, some day? Let us know, below.