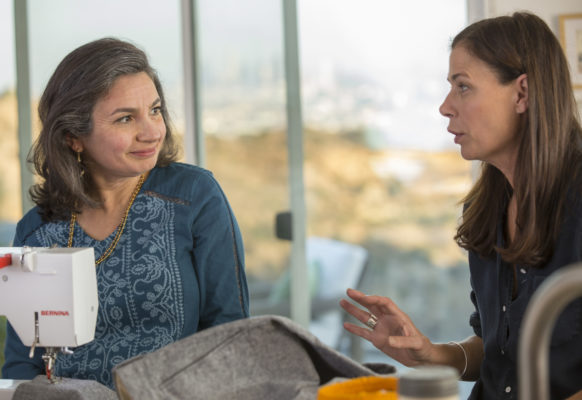 Do Noah, Helen, Alison, and Cole manage to move forward during the fourth season of The Affair TV show on Showtime? As we all know, the Nielsen ratings typically play a big role in determining whether a TV show like The Affair is cancelled or renewed for season five. Unfortunately, most of us do not live in Nielsen households. Because many viewers feel frustration when their viewing habits and opinions aren’t considered, we’d like to offer you the chance to rate all of The Affair season four episodes. **Status update below.

A Showtime drama, The Affair stars Dominic West, Maura Tierney, Ruth Wilson, and Joshua Jackson. Sanaa Lathan joins in season four, and guest stars include Ramon Rodriguez, Russell Hornsby, Christopher Meyer, Amy Irving, and Phoebe Tonkin. The series explores the consequences of an affair that destroyed two marriages, as well as the crime that reunites the people involved. This season, Noah (West), Helen (Tierney), Alison (Wilson), and Cole (Jackson) have each gone their own way. Now they must decide whether they can leave the past behind and if forgiveness is ever possible.

What do you think? Which season four episodes of The Affair TV series do you rate as wonderful, terrible, or somewhere between? Are you happy Show time has renewed The Affair for a fifth and final season? Don’t forget to vote, and share your thoughts, below.

**7/26/2018 Status Update: The Affair has been renewed for season five, which will be the final installment. Details here.