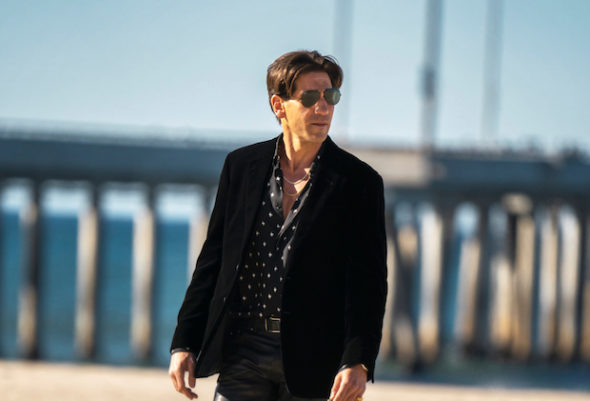 American Gigolo has been ordered to series by Showtime. The drama will star Jon Bernthal, from The Walking Dead and The Punisher. Gretchen Mol, Rosie O’Donnell, Lizzie Brocheré, Gabriel LaBelle, and Leland Orser will also star in the series. The show is a reimagining of the 1980 feature film that starred  Richard Gere and Lauren Hutton.

Showtime revealed more about the reboot series in a press release.

“SHOWTIME has picked up the drama series AMERICAN GIGOLO, starring Jon Bernthal (Ford v Ferrari, The Walking Dead) and written and directed by Emmy nominee David Hollander (RAY DONOVAN). Jerry Bruckheimer, who produced the original film, will executive produce along with Jonathan Littman and KristieAnne Reed. Bernthal also serves as a producer. The project is a production of Paramount Television Studios. The announcement was made today by Gary Levine and Jana Winograde, Presidents of Entertainment, Showtime Networks Inc.

AMERICAN GIGOLO is a present-day reimagining of the iconic 1980 film. Bernthal will play Julian Kaye, who is introduced 15 years after he’s been arrested for murder and struggling to find his footing in the modern-day Los Angeles sex industry, while seeking the truth about the set-up that sent him to prison all those years ago and also hoping to reconnect with Michelle, his one true love, played by Gretchen Mol (Boardwalk Empire).

“If you haven’t already fallen under the spell of Jon Bernthal, get ready,” said Levine. “Jon absolutely owns the screen with his searing, brooding and vulnerable performance in this contemporary version of AMERICAN GIGOLO. Writer/director David Hollander brilliantly reimagines the seductive original film, confronting the mystery, the exhilaration and the danger of our deepest desires.”

A premiere date for the series will be announced at a later date.

What do you think? Are you planning to check out the American Gigolo TV show on Showtime when it arrives?

Having seen this movie….many times, I was led to believe that the lawyer Michelle hired for him was going to prove him innocent. I never imagined him being in prison for 15 years, and I never saw Michelle abandoning him. I don’t think this would be a great idea for a show

It’s almost insulting and I am an easy critic. That was the most perfect movie & trying to put anybody else in a role Richard Gere played is blasphemous! I don’t want to reimagine him.
I rather you make some thing else new with him. Maybe you don’t know but Many many women feel this way About said heartthrob. Now if you want to make a sequel about him with Michelle that would be great!!