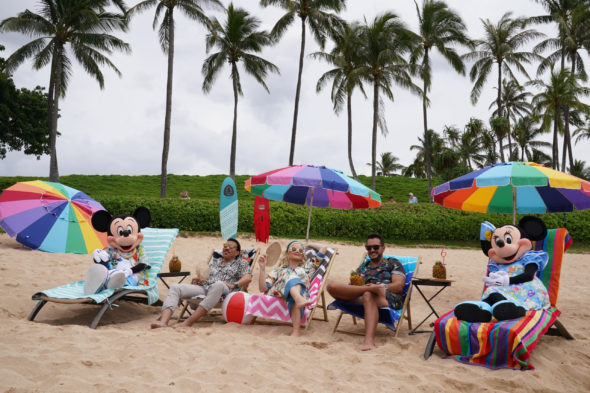 American Idol is making some changes to its schedule as the live shows quickly approach. ABC and the powers that be are still trying to figure out how to make the live shows happen in the age of the coronavirus. For now, fans will see some different episodes of the series air without the planned live shows.

A series of specials will air on Sunday nights through April 19 with repeats of other shows and news specials airing on Monday nights in place of American Idol, per Deadline.

ABC plans the following for the live shows:

“In terms of the live shows, the network is ‘monitoring’ the situation and said that it is ‘exploring multiple options within statewide guidelines.’ An ABC spokeswoman added, ‘We will share a production plan as soon as it’s in place.”

What do you think? Have you been looking forward to the live shows of American Idol?

I’ve missed seeing american idol on Sundays and Monday’s as it was coming on before this coronavirus mess began. I was happy to see american idol is coming on tonight at 8pm which we will watch I just wish the show could go on as planned before but I do understand that this virus has everybody on stay at home right now. It’s a great show and I hope it will go on as planned either at a later date or postpone the show til everyone can come back together then air it live. Stay well ABC people and all… Read more »

I am looking forward to the live shows. Look, why don’t you have everybody come in two weeks or more early. Quarantine them with social distancing. Then, when the time comes, nobody is sick, nobody goes out; get the show on the road!!!

I was looking forward to the lives! They are a fantastic distraction from the social distancing situation. I’m hoping the regular programmed schedule will resume sooner than later. Thank you.

Looking forward to the lives! The Voice is a fantastic distraction from the social distancing mandate. I hope regular programming resumes sooner than later.
Thank you.

I don’t understand why the Mar 30 episode had to be cancelled at the last second. I recorded 2 hours of garbage which did not impress me. It should have been aired as planned then start the weekly shows next Sunday. I realize the live shows can’t be done right now. Why is ABC scrambling to figure it out? When COVID-19 is conquered then you go ahead with the competition. We all understand. I don’t mind waiting a few months. Health is much more important than winning a singing show. Get real!

Since we have 20 persons still working for the top prize let us vote earlier than normal. We can do this. These young people don’t need to be cheated out of their big chance.

Look forward to seeing the contestants and their heartfelt stories and talent. The judges are so supportive and for us as the audience it shows how there are still good people in this world. The judges give so much life to the show and are so encouraging to the contestants. We need this program. Gives us hope for a better world!

Just video the top 20 kids 24/7! Like a reality show.
OR show “where are they now?” footage of successful past idol contestants, and best idol finales. I remember them all.

My favorite season ever. We need this now. It’s perfect. You have a “live audience!” We are here!

We have seen too many specials regarding this virus. Really disappointed that ABC is not carrying the Monday show.. Much better to watch than Mac’s
The Voice!