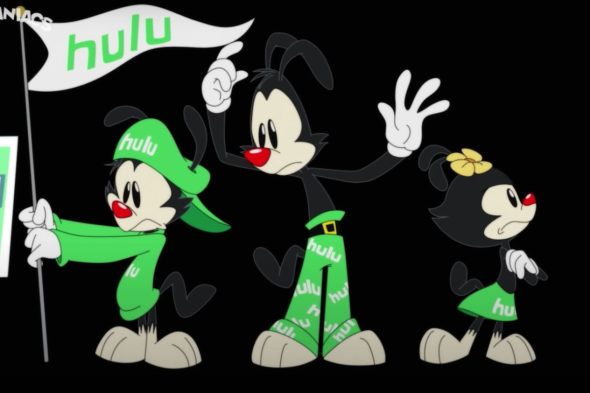 Get ready for more animated chaos from Animaniacs. The revival series has been renewed for a third season ahead of its second season return. A premiere date for season two has not yet been set, but it will air on Hulu later this year.

Hulu revealed more about the early renewal for Animaniacs in a press release.

“Following a successful first season and practically blowing up the internet, Animaniacs has been renewed for a third, zany season on Hulu consisting of 10 episodes. The series garnered the most social mentions of any Hulu Original to date over its season one opening weekend proving that fans can’t get enough of watching Yakko, Wakko and Dot as they wreak havoc and mayhem in the lives of everyone they meet. The second season of Animaniacs will debut later this year.

After returning to their beloved home, the Warner Bros. Water Tower, the Animaniacs waste no time in causing chaos and comic confusion as they run loose through the studio and beyond, turning the world into their personal playground. Joining Yakko, Wakko and Dot are fan-favorite characters Pinky and the Brain who will also return to continue their quest for world domination.

What do you think? Did you watch the first season of the new Animaniacs TV series on Hulu? Do you plan to watch the next two seasons when they arrive?