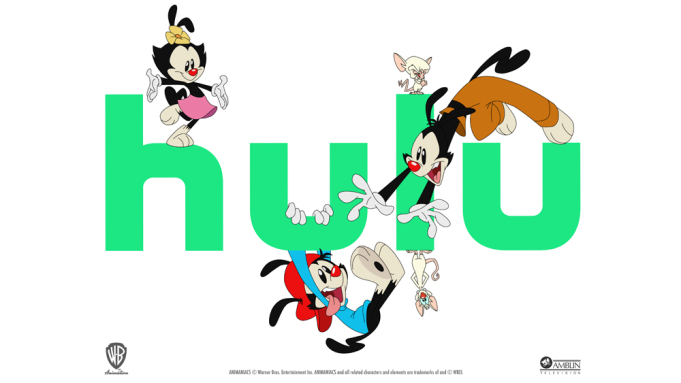 Animaniacs is ready for its return to the small screen. A revival of the beloved animated series is headed to Hulu, and it will premiere next month. Yakko, Wakko, and Dot are now featured in a new trailer, and it has a very old theme.

The preview features characters from the 1993 Jurassic Park movie. Animated versions of Sam Neill’s Dr. Alan Grant, Laura Dern’s Dr. Ellie Sattler, and Jeff Goldblum’s Dr. Ian Malcolm are all featured, recreating a scene from the movie. Director Steven Spielberg (who is an executive producer on the animated series) also makes an appearance. Fans of the Jurassic movie franchise will see the real acting trio back on the big screen in the next Jurassic film.

Deadline revealed the following about the return of the Animaniacs on Hulu:

“They have been locked away in the Warner Bros. water tower for a very long time, but they have found a way to escape. And escape they do — every day! Causing chaos and comic confusion, Yakko, Wakko and Dot run loose in the city, turning the world into their personal playground.”

Check out the preview for the return of Animaniacs, as well as the New York Comic Con virtual panel, below. The revival of the series premieres on November 20th.

What do you think? Were you a fan of this animated series when you were younger? Will you watch its return on Hulu?