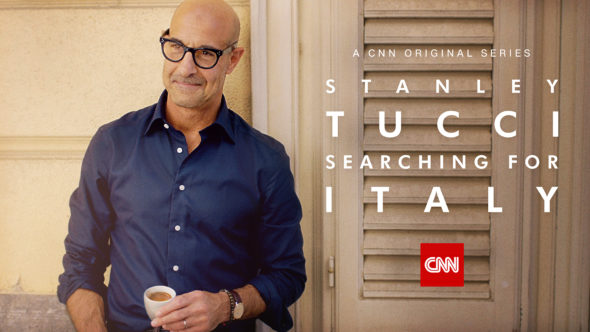 Get ready to discover more of what Italy has to offer with Stanley Tucci. CNN has renewed the actor’s travel series, Stanley Tucci: Searching for Italy, for a second season. The series premiered earlier this month on the cable channel.

CNN revealed more about what is ahead on the series in a press release.

“At a time when almost everyone wishes they could travel, CNN’s newest Original Series Stanley Tucci: Searching for Italy debuted to widespread critical acclaim earlier this month and has been enthusiastically received by viewers.

Today the network announced the series, which chronicles Tucci’s travels across Italy, will be picked up for a second season in 2022. Next season, Tucci will explore the culinary delights and cultures of several new regions throughout Italy, one of the world’s most fascinating and beautiful countries.”

What do you think? Have you watched the Stanley Tucci: Searching for Italy TV series on CNN? Will you watch season two next year?

great show, we went to Italy in October, had a blast. Plans firming up to go back in the summer.

The few episodes I was able to see were fantastic. Hated many were preempted. Will keep trying to catch them. I was reliving my visit to Italy through him.

Sorry, folks! Tucci gave us an antipasti plate, not a “timpano.” The series was marred by its forays into topics which not-so-subtly pushed political agendas: immigration, feminism, and people of color. These are important topics, but were out-of-place in a show allegedly dedicated to “exploring Italy and the Italian people.” Even friends of mine who have never been to Italy (I have visited every year for the past 15 years) were perplexed by Tucci’s sermons.

Love, love love this show!! More than just a travel show. Keep up the great work CNN! Love your specials.

Richard & I are Loving Searching for Italy with Stanley Tucci. Season one was casual, informative & we travelled vicariously through him. Looking so forward to season 2. Well done.

For sure!!!! Will watch 2nd season with Stanley Tucci

April 1st, 2021 Tucci is wonderful. In fact, I had the great pleasure of interviewing him for a Chicago newspaper when I was a cub reporter in 1996. That said, I was very disappointed in this series. I went on to become a high school teacher (2002-2020). If the show were a term paper, I would give it a “C.” Tucci (or his producers?) used the food topic as a bait-and-switch to explore contentious political issues (such as immigration) which had very little to do with “exploring Italy and the Italian people” (other than to criticize the Italians). Ditto mentioning… Read more »

Love the Stanley tucci searching for Italy. Have traveled there in 2014 and 2019, and so love all the beautiful dishes and little towns I have not been to all of them yet. It is excellent series and he is so naturally comfortable and informative. He makes each episode a cherished experience. Friends and family are living it, too. So very happy there will be a season 2, and hope for many more. He makes the journey fun and beautiful. Thanks so much, you have a winner!

My husband is an immigrant from Italy. He is from Sicily and my grandparents are also immigrants from Calabria. Watching the show is balm for our souls. It’s family and the people we meet when we travel. The history and architecture are rich. The food? Well, that goes without saying. It is a perfect blend and fills our hearts. For those who prefer the other cooking shows, I would say that I enjoy them, as well. This is simply different. My husband and I watch it together and other members stop over and watch it at different times. A simple… Read more »