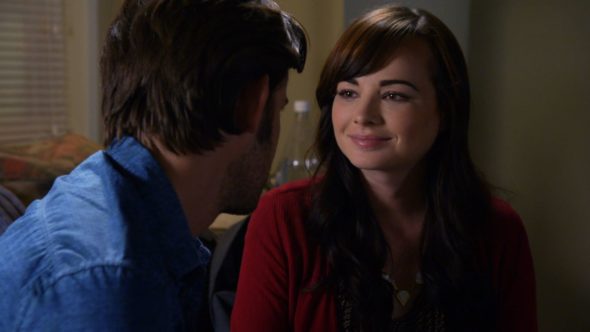 This show really needs to come back! I watched it when it was on MTV and rewatched it when I saw it on Hulu. It brings back all of my high school feelers and I can’t get enough! I definitely didn’t get closure in the season 5 finale! Who did she choose, did she transfer, how is the rest of the cast?! I need more!

I completely agree with you. It needs to come back and keep going just like real life does. It’s bad enough for me wanting more from dirty dancing, but I am tired of being left wondering what happened. I need more awkward. It makes me upset to think that it just ends there like life is over and we know what happens. But that’s my thought.

After three years after the show has been cancelled and being broadcasted on Hulu, I have finally seen the last season. (I haven’t had cable in a while.) I have loved this show since day one and was anxious to find it streaming online one day. The last episode definitely feels like a session ender, not a series finale. And that is disappointing. Everyone wants to see what happens after this! What Jenna ends up doing once summer is over, to see the irony of Sadie’s “attempted suicide”, what Jake does after he has quit the country club, etc etc… Read more »

Please bring back the show for a 6th season!! I love it so much!!

i liked this show but jenna was way too coincided. and alwsays self doubted herself which ruined the show

She started the show a young teenager and it ended after her first year of college. Who do you know in that age that doesn’t self doubt? I’m 28 and still do that sometimes. Haha

Seriously bring back the show!

Its been 2 yrs since the cancellation of Awkward and I’m still a fan. Please return the show for an update…where they are now and more closure.

Can you please bring back this show!!

Please renew awkward that was everybody favorite show even mines and you kinda left us on a cliffhanger but I know everybody is wondering how the cast is doing and what’s gonna happen next in season 6 but since there’s not gonna be another season everyone is sad including me and I was crying when I found out it ended last year I’m only 9 and I’m crying so bad.

I am almost 30 and absolutely love this show!!! It’s not a lame reality show like pretty much everything else on MTV. MTV is not what it used to be. Please make a a season 6, I don’t have closure!! Lol, have been completely hooked on this show since it came out, and actually did a binge watch with my 15yo god daughter. And she was like “so like ong, what happens next” ikr she has totally take over T’s language it’s so cute. Lol. Please bring us a season 6 with with a bit more closure. So proud of… Read more »