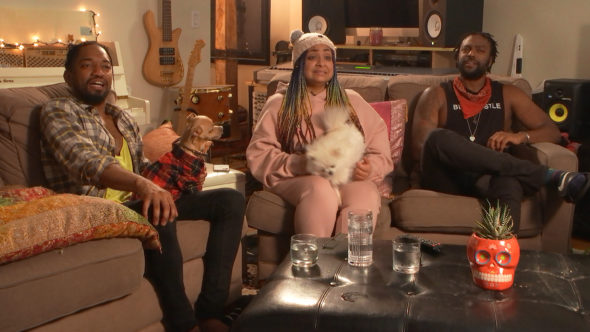 Will you change the channel? Has the Celebrity Watch Party TV show been cancelled or renewed for a second season on FOX? The television vulture is watching all the latest cancellation and renewal news, so this page is the place to track the status of Celebrity Watch Party, season two. Bookmark it, or subscribe for the latest updates. Remember, the television vulture is watching your shows. Are you?

Airing on the FOX television network, Celebrity Watch Party brings families together to celebrate the best in films, entertainment shows, and news on television in any given week. The TV show offers fans a peek into the home lives of their favorite celebrities, as they film themselves reacting (along with their families) to sometimes hilarious and exciting shows and talked-about news events on television each week. Participants in the first season include Rob Lowe, Meghan Trainor, Joe Buck and Michelle Beisner-Buck, Raven-Symoné, Master P and Romeo, JoJo Siwa, Steve Wozniak, Curtis Stone, and Robert and Kym Herjavec.

Will FOX cancel or renew Celebrity Watch Party for season two? Though this show is based on a British series, it feels tailor-made for the current pandemic and production shutdown. I suspect that, once that’s over, network interest in this series will be over as well. I’ll update this page with breaking developments. Subscribe for free alerts on Celebrity Watch Party cancellation or renewal news.

What do you think? Do you hope the Celebrity Watch Party TV show will be renewed for a second season? How would you feel if FOX cancelled this TV series, instead?