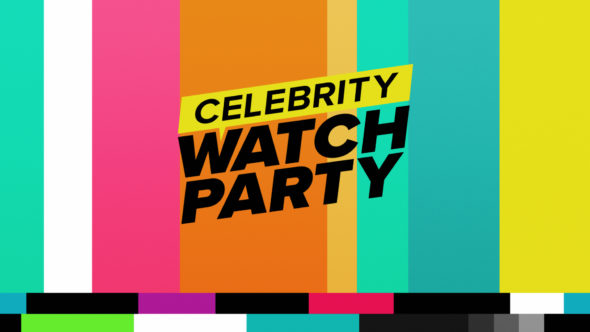 Get ready to watch television with some of your favorite celebrities. FOX has announced the premiere date for Celebrity Watch Party. The series will arrive on the network next week.

FOX revealed more about the new series in a press release. Check that out below.

“On the all-new unscripted series CELEBRITY WATCH PARTY, premiering Thursday, May 7 (8:00-9:00 PM ET/PT) on FOX, viewers go into the homes of celebrities and their families, as they watch and react to the week’s most interesting television shows. In the premiere episode, viewers will step into the homes of celebrities, including Rob Lowe, Meghan Trainor, Joe Buck, Raven-Symoné, Master P and Romeo, JoJo Siwa, Steve Wozniak, Curtis Stone, and Robert and Kym Herjavec. Additional talent participating in the series to be announced.

The hour-long reality series from Studio Lambert, offers fans a peek into the home lives of their favorite celebrities, as they film themselves reacting, along with their families, to the most hilarious and exciting shows and talked-about news events on television each week. It’s an insightful, funny and sometimes emotional critique of America’s most popular and topical TV shows and news stories.

“CELEBRITY WATCH PARTY is a fantastically innovative, clever and culturally relevant format that brings families together to celebrate all the best films, entertainment shows and news on television on any given week,” said Rob Wade, President, Alternative Entertainment and Specials, Fox Entertainment. “We’ve got some incredible personalities inviting us into their homes and onto their couches for an hour of pure fun with them, their families and the viewers at home.”

CELEBRITY WATCH PARTY is based on U.K. format from Studio Lambert, Gogglebox, one of the most successful unscripted formats in the world. More than 35 countries produce the format. Gogglebox has been the highest-rated original show on Channel 4 in the U.K. since 2014 and has won many awards for best unscripted show, including BAFTA, Royal Television Society and National TV Awards.

“We’re delighted so many famous people love the idea of this show and want to be part of it,” said Studio Lambert CEO, Stephen Lambert. “It’s a show which asserts the indispensable role of TV in the fabric of people’s lives and the way it’s at the heart of the nation’s weekly conversation, especially in these unusual times.”

What do you think? Will you watch this new series on FOX?

I watched it tonight and absolutely loved it! I can’t wait to watch it again!

Ok this show is almost worth trying. It just on at the wrong date and time. I could see watching if it was on say Sunday at 11PM.

What a fantastic show!!

I mean it too big of a risk. You need everything to go right just for it to be awful.

Am not watching that. Why is this a show, how did it get pass the people you pitch it too. Don’t get me wrong it seems like a ok idea in January 1978 at 3AM on Tuesday for those that can’t sleep and don’t work. But that a odd market to aim for now.

If you really want to see people doing that, YouTube is full of it. This is another pointless reality show, but seemingly even more pointless.

Who wants to see anyone in Hollywood react to a television show, boring. I wish they would come up with something worth watching.