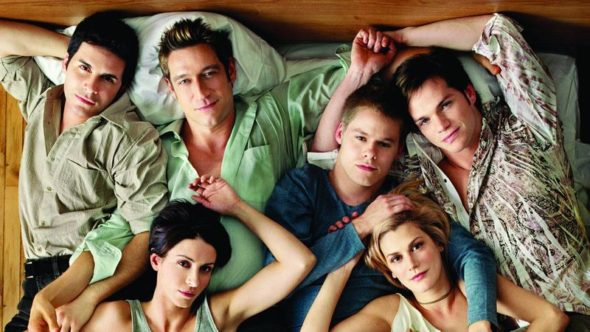 The gang from Queer as Folk is getting together again later today for an online reunion set to benefit LGBTQ community centers impacted by the coronavirus pandemic. Scott Lowell, Sharon Gless, Peter Paige, Michelle Clunie, Hal Sparks, Randy Harrison and Robert Gant were initially announced to appear in the event. Members of the writing staff, guest stars from the show’s run, and others may also appear on the reunion, per The Hollywood Reporter.

Lowell will act as host for the virtual reunion of Queer as Folk. Hollywood Reporter revealed the following about the event, which can be seen on YouTube at this link at 11am PST:

“In addition to chats and special conversations with the cast about the ground-breaking Showtime show, fans who tune in will have the opportunity to bid on Queer as Folk memorabilia and donate funds to support CenterLink and its network of over 250 LGBTQ community centers.”

An on-screen reunion to update the fans of the series on the characters has been discussed, but nothing has been planned yet. The L Word, also from Showtime, was revived in December, and it was renewed for a second season.

What do you think? Do you want the cast to reunite and revive Queer as Folk? Would you watch a new season of this series? Will you tune in to watch the reunion later this morning?