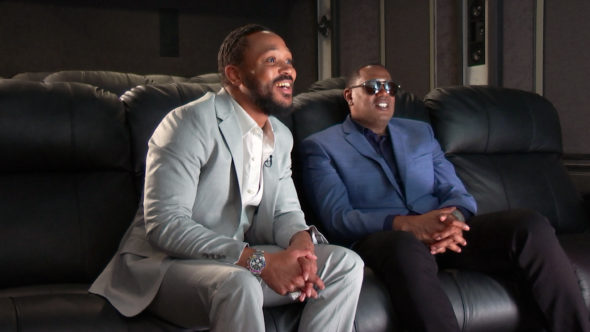 Though Celebrity Watch Party, is based on a series from the UK, it feels tailor-made for the current pandemic and production shutdown. Will viewers want to watch more series that have been “shot at home” or, will they change the channel? How will this new show perform in the ratings? Will Celebrity Watch Party be cancelled or renewed for season two? Stay tuned.

An unscripted series, Celebrity Watch Party brings families together to celebrate the best in films, entertainment shows, and news on television in any given week. The TV show offers fans a peek into the home lives of their favorite celebrities, as they film themselves reacting (along with their families) to sometimes hilarious and exciting shows and talked-about news events on television each week. Participants in the first season include Rob Lowe, Meghan Trainor, Joe Buck and Michelle Beisner-Buck, Raven-Symoné, Master P and Romeo, JoJo Siwa, Steve Wozniak, Curtis Stone, and Robert and Kym Herjavec.

What do you think? Do you like the Celebrity Watch Party TV series on FOX? Should it be cancelled or renewed for a second season?

I love Celebrity Watch Party and hope it’s renewed.
It gives you a glimpse into shows yo might have never seen or classic
movies you forgot about.
I also love the celebrities commenting and cracking jokes.

Cancel it. It’s ridiculous! No one wants to watch these people watch themselves and other so called celebrities.