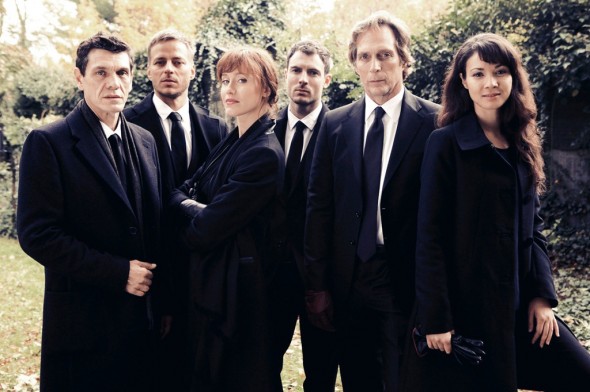 We picked up on Crossing Lines on Netflix and fell in love with it. Hopefully, it will be coming back on. It was refreshing to have something new in the story line to watch.

I have only just learned of the program and I am currently binge watching it on Netflix. I really hope the get renewed on NBC but I will watch them where-ever they end up. Love the cast and the story lines are very interesting.

I am disappointed that I was unable to see Season Two. Perhaps it will be shown in the United States prior to the Season Three begins.

Season 2 Is on Netflix, and has been for a long time now!!

Intelligent shows get cancelled, and garbage remains.
Are the networks trying to make the public idiots by only keeping substandard shows?.
I was very disappointed that Covent Affairs got cancelled, and Royal Pains is still on USA.

I like the show. There are some other renewed shows that should not be on but are. This show is a lot better than given credit. Get another season.

I’d watch it on any channel and I have them all!! (In the USA)

I absolutely enjoy the drama, humor and the humanity that this show brings to its viewers. I have come to enjoy every episode and even though I have grown tired of police shows, this one isn’t so graphic in pictures or cold in its delivery that it stops being about the relationship of the police/protector and the victim. There is always a 7th degree of connection. I’m so looking forward to watching the next season.

Anybody know if there is going to be a season3 The young left you with a cliffhanger.

Season 2 is on Netflix which picked it up when NBC failed to. Season 3 is in production and also will be shown on Netflix. Happy watching.

Somebody should pick it up. I watched it on Netflix. It is a great show. !!

I’m ecstatic that Crossing Lines will air Season Two Renewal. Yet, I don’t have TV and only watch Netflix or CW TV online. The characters are excellent and have substance which is difficult to find. The plots and storyline are suspenseful and I’ve enjoyed the entire last season. If the episodes are available to purchase, I would be interested in subscribing. I hope the series continues even if it’s not on television. Thank you to all of the cast, directors and producers and I hope the series continues!!!!

I think it was a great show please renew it.

I hope they renew it. It had a slow start but it’s just getting going and the team is just starting to gel.

Someone should. It is a. Good series

Like the show and characters very much. Take off some of
the stupid reality shows and keep this one. Netflix would
be a better place than cable. Cable prices are getting
outrageous.

I agree 100 percent with you! They keep the shows I never watch and that people with any intelligence do not watch and take off a show like Crossing Lines and also Forever. Maybe because the show has some intelligence in the writing, they think Americans are too stupid to appreciate the show. They did not give it enough time.

always the good shows with thought.

I found it on Netflix, but will watch it where ever it goes. Very well written. NBC must not have given it much in the way of promotion.

I agree that NBC didn’t give Crossing Lines a chance. It was different. This show would probably do better on a cable station like HBO or Showtime. However, the treatment by NBC of Crossing Lines is similar to ABC’s treatment of Forever. It is a really good show but was put on against two other popular shows and finally cancelled. However they did keep crap shows like Galavant! Don’t get it.