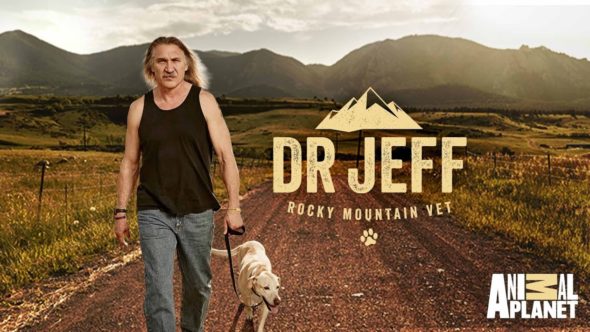 Dr. Jeff: Rocky Mountain Vet is ready for a new season and new episodes of the reality series about a veteran veterinarian will begin airing later this week.

Animal Planet revealed more about the return of the series and the season premiere in a press release.

Denver’s most passionate veterinarian, Dr. Jeff Young, returns for a new season of Animal Planet’s DR. JEFF: ROCKY MOUNTAIN VET, with new cases to solve and new clients to treat. After 30 years in his field, Dr. Jeff still hasn’t seen it all – with the clinic’s continuous flow of mysterious pet ailments, severe injuries and accidents, every day brings a fresh and exciting challenge. Dr. Jeff and his team carry on doing all they can to help every animal in need. The all-new season of DR. JEFF: ROCKY MOUNTAIN VET premieres Saturday, Sept. 26 at 9 PM ET/PT.

In the premiere episode, Dr. Jeff performs a procedure he’s never attempted – a complicated lung surgery on a beloved dog named Leyla. Dr. Amy treats Sookie, a husky who lost a fight with a porcupine, and paid the price with a snout-full of quills. Audiences also meet Callie and Steve, two abandoned turtles, as Dr. Baier works to turn their health around. And Dr. Jeff saves Ozzy, an 18-year-old dog whose family moved away, but left their senior pet behind.

Other stories this season include Dr. Jeff and the team providing free care to a group of loveable Fainting Goats destined to become therapy animals; becoming a dog’s last hope after he jumps from a moving car on the highway; and coming to the aid of pet owners in a remote jungle village in Panama with a free spay and neuter clinic. Later this season, Dr. Jeff looks back on his 30-year ride as a vet, and the challenging decision to set up a low-cost, high-volume veterinary practice, where no two days are the same, and a sudden emergency can push the team to its limits.

In addition to watching the show on Animal Planet, viewers can stream episodes of DR. JEFF: ROCKY MOUNTAIN VET on the Animal Planet GO app. Audiences can also join the conversation on social media by using the hashtag #DrJeff and follow Animal Planet on Facebook, Twitter and Instagram.

All past seasons of the show can be viewed in their entirety by audiences in the U.S. on the Animal Planet GO app.

What do you think? Are you a fan of Dr. Jeff: Rocky Mountain Vet? Will you watch the new season on Animal Planet?

Why on earth would Dr.Jeff’s show be canceled!! Was that his choice? Best animal show on TV!! Miss it a lot. Learned so much about how to care for my furbabies! 2 female dogs. Wish we had him & his staff around here! Harrisburg, Il.