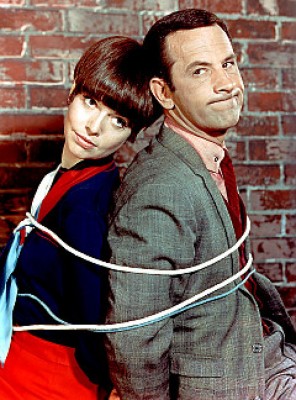 Max’s frequent partner (and later wife) is the beautiful and intelligent Agent 99 (Barbara Feldon) whose real name is never revealed. Both agents work for the secret organization known as CONTROL under the direction of the long-suffering Chief (Edward Platt).

Many of the bad guys work for KAOS and included their Vice President of Public Relations and Terror, Siegfried (Bernie Kopell) and his henchman Shtarker (King Moody).