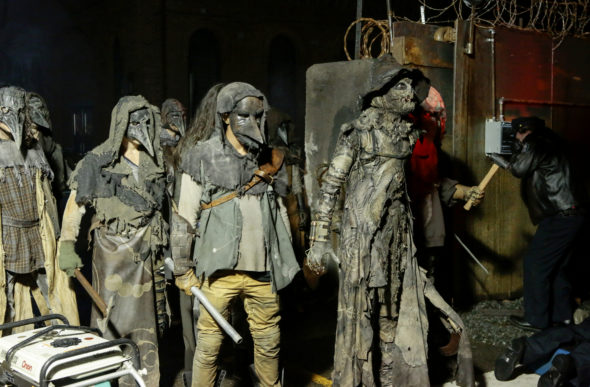 I would like to see that there would be at least another season, I am mainly interested in how the relationship between bruce and selino would continue.

Of course we all want a 6th Season of Gotham! Fox Network should too, because the ratings were still up & Gotham has a very strong following. Come on, give us a 6th Season & you’ll see a 7th, 8th, etc… of good ratings for your network in your future. Trust in this, the Loyal fans of Gotham won’t leave you with poor ratings. We will keep them up, so that everyone wins!!!

We want to see more this is not the end !

we want more seasons for ghotam

NO IT IS NOT THE TIME TO END IT. you mean to tell me after Bruce disappearing for 10 YEARS clearly training for the role of Batman then he FINALLY reveals himself to Jim and Harvey there ISNT GOING TO BE A SEASON 6?! This is the WORST time to end it!!! So many questions!!!! What will Jeremiah do now? Will there be a Harley to his side? Will selina have the love/hate relationship with Bruce like in all other DC Batman movies? Will penguin have his kingdom? Will Barbara Lee become Bruce’s technology helper? AND OTHER VILLIANS!!! killer croc?… Read more »

We NEED Gotham back!

May I know how I can watch gotham season 6, please help me

Considering the Gotham series where it’s plot leads now. May be they don’t want to clash with Matt Reeves Batman movie, as both are presumably of same plot-timeline.
Just a thought!

I need seasons 6 to come out I’m tried to watch the same episodes over n over n over again. I love watching Gotham can’t get enough PLEASE BRING IT BACK PLEASE PRETTY PLEASE.

THEY DEFINITELY NEED TO KEEP THIS GOING. SHOW WAS AWASOME, THRILLING, AND FUNNY. WITH THE WAY THE ENDED IT THEY MUST BE THINKING ABOUT IT OR ATLEAST SOMETHING. IF NOT THATS PRETTY B.S IN MY OPINION. BRING IT BACK FOR COUPLE MORE SEASONS AND LET THE DARK KNIGHT HAVE SOME FUN.

We can only pray that Warner Bros. brings back the series for more seasons, a tv movie, mini-series, spin-off or even a theatrical movie. Out of all the DCTV shows this one is my favorite. From 2014 to 2019 I saw every episode on Monday and Thursday nights. Never missed a single episode. C’mon WB gives us more Jim Gordon and Batman.

this is bs MAKE SEASON 6

No the people want to see more. Just like the Flash, Black Lightening and the other DC comic shows we want to see Batman before the movies and continue to go day by day like it use to in seasons 1-5 especially now since Bruce is Batman now. We want to see more of the hero take out the villain from Bruce’s POV.

I totally agree with this comment. We are wanting to see MORE & MORE. I disagree on making season 5 the final season.