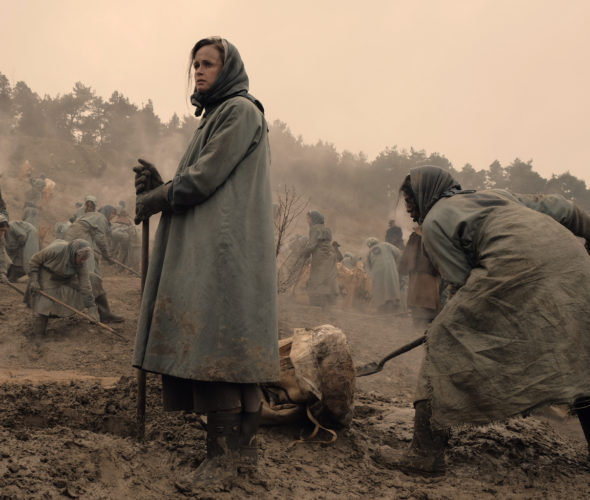 What will become of Offred? Has The Handmaid’s Tale TV show been cancelled or renewed for a third season on Hulu? The television vulture is watching all the latest TV cancellation and renewal news, so this page is the place to track the status of The Handmaid’s Tale, season three. Bookmark it, or subscribe for the latest updates. Remember, the television vulture is watching your shows. Are you?

A Hulu drama based on the Margaret Atwood novel, The Handmaid’s Tale stars Elizabeth Moss, Joseph Fiennes, Yvonne Strahovski, Samira Wiley, Alexis Bledel, Max Minghella, Madeline Brewer, Ann Dowd, and O-T Fagbenle. The dystopian tale tells the story of life under the totalitarian government of Gilead, which was formerly part of the U.S. The catastrophic state of the environment has devastated the birth rate, so fertile women have become a commodity enslaved by the ruling class. The second season centers on Offred’s (Moss) pregnancy and her battle to ensure freedom for her future child. Gilead matron Aunt Lydia (Down) is fond of saying, “Gilead is within you.” Now it is up to Offred and the resistance to triumph over this evil regime, lest they succumb to it.

Unless they decide to publicize viewership statistics, it is difficult to predict whether Hulu will cancel or renew The Handmaid’s Tale for season three. The freshman season garnered critical acclaim and eight Emmy awards, so I suspect it will come down to whether or not the writers and actors want to continue. For now, I’ll keep an eye on the trades and update this page with breaking developments. Subscribe for free alerts on The Handmaid’s Tale cancellation and renewal news.

5/2/2018 status update: The Handmaid’s Tale has been renewed for season three on Hulu. Get the details here, while I seek my supper elsewhere.

What do you think? Did you think The Handmaid’s Tale TV series would be renewed for a third season? How would you feel, had Hulu cancelled this TV show, instead?