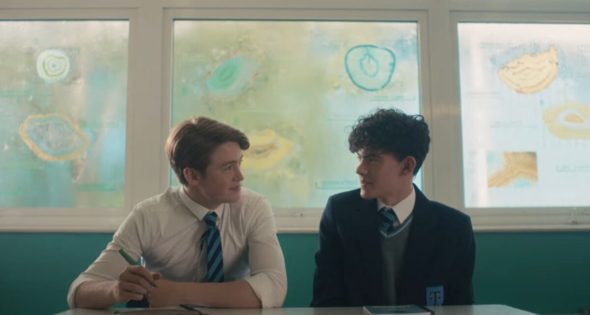 The cast and crew of Heartstopper are back to work. Production has begun on the Netflix series’ second season, and four new additions have been made to the cast. Leila Khan, Jack Barton, Bradley Riches, and Nima Taleghani are joining Kit Connor, Joe Locke, Yasmin Finney, William Gao, Corinna Brown, Kizzy Edgell, Sebastian Croft, Tobie Donovan, Rhea Norwood, Jenny Walser, and Cormac Hyde-Corrin on the romantic comedy series. Based on the graphic novels by Alice Oseman, the show follows the lives of two gay teenagers and their friends.

Deadline revealed the following about the additions to the Netflix series:

Check out more from the set of Heartstopper below. The series has been renewed through its third season.

Heartstopper Season 2 is officially in production and a few people wanted to say “hi” pic.twitter.com/7MQ1NWhqkx

Paramedics! Paramedics! Make sure everyone is okay because I was not ready. pic.twitter.com/8vORcoopEd

A premiere date for the second season of Heartstopper will be announced in the future.

What do you think? Are you looking forward to seeing the second season of Heartstopper on Netflix?