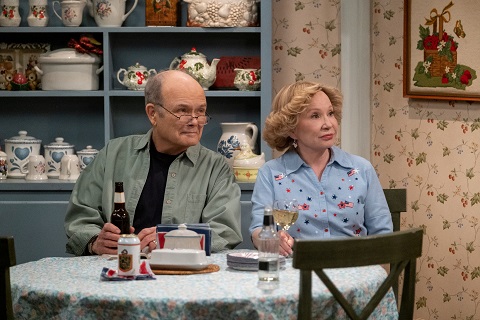 Viewers waiting for That ’90s Show received some big news. Five members of the original That ’70s Show cast are returning to guest in the sequel series. Netflix announced that news with the release of the first photo for the series.

Netflix revealed the following about the upcoming series:

“Hello, Wisconsin! It’s 1995 and Leia Forman, daughter of Eric and Donna, is visiting her grandparents for the summer, where she bonds with a new generation of Point Place kids under the watchful eye of Kitty and the stern glare of Red. Sex, drugs and rock ‘n roll never dies, it just changes clothes.”

What do you think? Are you excited to see That ’90s Show on Netflix?

I will be watching it. I loved that 70s show!

why not regular tv channels?

I’ve not used those since 2006, surprised they still exist but companies have moved slower into streaming only than I expected.

Two words: WHY NOT?!