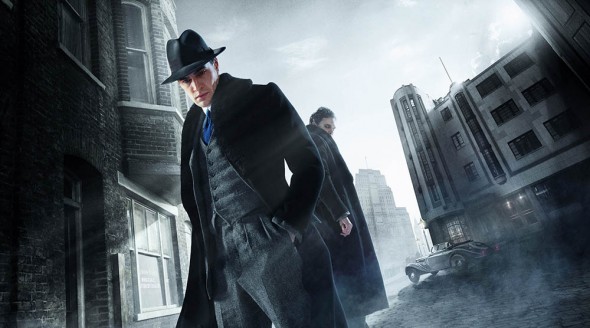 ITV has cancelled its Jekyll and Hyde TV show, after just one season of ten episodes, leaving fans with no in-story closure. Today, creator Charlie Higson made the cancellation public on Twitter. Thus far, ITV has not commented publicly, on the status of Jekyll and Hyde.

Here are some of Higson’s tweets regarding the cancellation of Jekyll and Hyde:

Sad day today as ITV announce they don’t want any more #JekyllandHyde Ah well, I tried. It was a grand adventure while it lasted.

We had some great stories lined up for series 2 #JekyllandHyde

Thanks for all the messages of support #JekyllandHyde I’m moving on to other things.

if you want to watch and keep #JekyllandHyde for ever now you can. in glorious 5.1 sound https://t.co/VLKXJcBIZw

When a fan expressed dismay, complaining the series did not get a proper ending, Higson provided grim, instant closure.

Another tweet from Higson strikes the bell we are always ringing, here — ratings:

@stuheritage You can’t argue with the figures. TX for your message, though

Broadcast reports the production team has been told there will be no second series (season):

Broadcast understands that the production team on the 10-part ITV Studios show have been told that there will be no second series, despite some pre-production work being done in preperation [sic] for a recommission.

Charlie Higson’s reimagining of Robert Louis Stevenson’s iconic story made an explosive start in October, attracting 4.3m (18.9%) viewers and a blaze of publicity.

The first episode generated more than 800 complaints and a flurry of headlines for depicting violence and potentially disturbing scenes ahead of the 9pm watershed.

The programme remains under investigation from Ofcom and the media regulator is expected to make a ruling early this year.

But it appears that interest in the show waned and its consolidated ratings decreased to a low of 1.8m (7.6%) for its final episode on 27 December. Overall, Jekyll and Hyde averaged 2.6m (10.8%) viewers.

What do you think? Did you like the Jekyll and Hyde TV show? Do you think it should have been cancelled, or could the ratings problem have been fixed with a scheduling change? Would you have watched a second season?

Get it back on brilliant

Been waiting all this time on white smoke! 🙁 loved it, hope to see the follow up on Amazon etc please!! Do what clarkson done .

Please, I actually enjoyed it! I’m deeply torn to find out that I can’t enjoy more Hyde. There needs to be a second season! I wanna know what happens next! Sure, its like Doctor Who, but you can bet your tails that I’m also a Whovian.. So, please oh please make another season! If it wasn’t for Jekyll and Hyde, I wouldn’t have created a fanfic of it and find a whole new world with other people! The production of the show and the Broadway casting gave me hope and ideas for my stories and made me think more…. I… Read more »

Please you guys have to continue this show ,the show is actually one of the most amazing tv show ever and I love it,you can’t disappoint me this time around cos people love the show and we want season 2 and if possible season 3 as well,I can believe ITV is actually cancelling this show,just like No Ordinary Family and Missing

It has to continue,it has to have season 2 & so on.It was an awesome series even the movie.
It doesn’t have to be this way