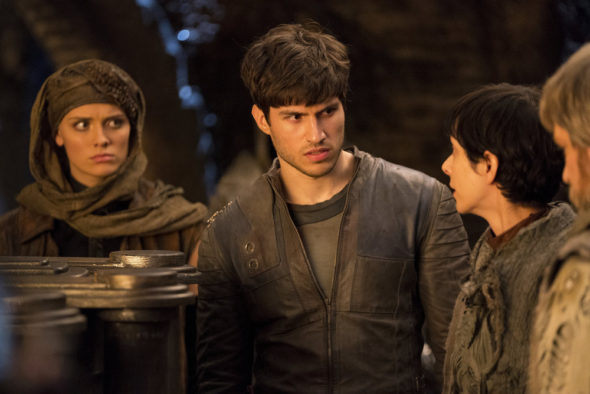 Look. Up in the sky. It’s a cancellation. No. It’s a renewal! Syfy has renewed its Superman prequel TV show, Krypton for a second season. The cable network announced the Krypton season two renewal ahead of tomorrow night’s season one finale, “The Phantom Zone,” which airs at 10:00pm ET/PT. Check out new photos, below. The second season of Krypton is expected to premiere TBD in 2019.

A Syfy superhero drama based on the DC characters created by Jerry Siegel and Joe Shuster, Krypton comes from executive producers David S. Goyer and Cameron Welsh. The series stars Cameron Cuffe, Shaun Sipos, Blake Ritson, Georgina Campbell, Elliot Cowan, Ann Ogbomo, Rasmus Hardiker, Wallis Day, Aaron Pierre, and Ian McElhinney. Unfolding 200 years before the destruction of Superman’s home planet, the story centers on Kal-El’s grandfather, Seg-El (Cuffe). Seg is faced with the starkest of choices. He can either save Krypton, or allow its destruction, in order to protect the fate of his future grandson.

Check out this Syfy press release on the Krypton season two renewal.

SYFY RENEWS ‘KRYPTON’ AHEAD OF ITS MAY 23 FIRST SEASON FINALE

From Warner Horizon Scripted Television and Based on DC Characters,

Universal City, CA — May 22, 2018 — SYFY today announced a second season pickup of KRYPTON, the untold Superman story based on DC characters from Warner Horizon Scripted Television. KRYPTON, which has averaged 1.8 million viewers L3 per week to date, is SYFY’s most-watched debut season among total viewers for an original series since Ascension in 2014, and the most-watched season for any scripted series on the network since Defiance in 2015. With the can’t-miss Season 1 finale airing this Wednesday, May 23 at 10/9c,KRYPTON’s second season is expected to return in 2019.

KRYPTON is set two generations before the destruction of Superman’s home planet. The series follows Seg-El (Cameron Cuffe), the legendary Man of Steel’s grandfather, as a young man who is faced with a life and death conflict – save his home planet or let it be destroyed to restore the fate of his future grandson. In Season 1, with Krypton’s leadership in disarray and the House of El ostracized, Seg found himself in a difficult position: redeem his family’s honor and protect the ones he loves, while being challenged by familiar DC characters Brainiac and Earthly time-traveler Adam Strange.

With this pickup, KRYPTON joins an upcoming SYFY lineup that includes returning originals HAPPY! starring Christopher Meloni and Patton Oswalt and returning for a second season in 2019; the hit fantasy series THE MAGICIANS, which was greenlit for a fourth season for 2019; the acclaimed 12 MONKEYS series, set to air its fourth season story conclusion this June; and the CHANNEL ZERO horror anthology series, which is set to air its fourth installment this fall. Upcoming new originals include the Fall 2018 space thriller NIGHTFLYERS, based on author George R.R. Martin’s novella, and DEADLY CLASS, based on the critically acclaimed Image Comics graphic novel of the same name.

Based on characters created by Jerry Siegel and Joe Shuster, KRYPTON is from Warner Horizon Scripted Television and is executive produced by David S. Goyer (“Man of Steel,” “Batman v Superman: Dawn of Justice”) through his Phantom Four banner, alongside Cameron Welsh, who serves as showrunner.

Viewers can catch up on KRYPTON at SYFY On Demand, which includes SYFY.com and the SYFY App. 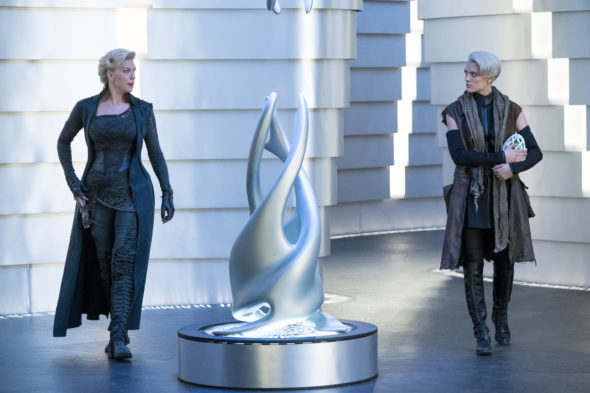 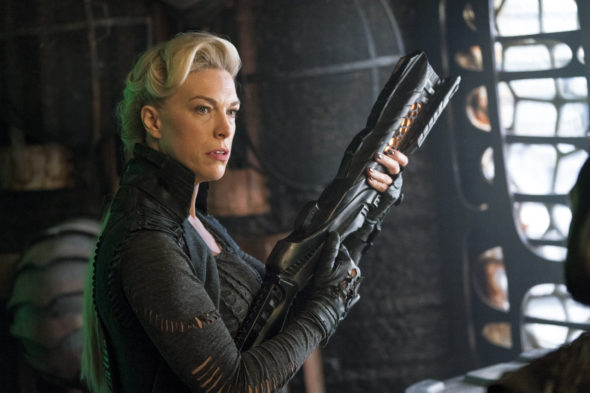 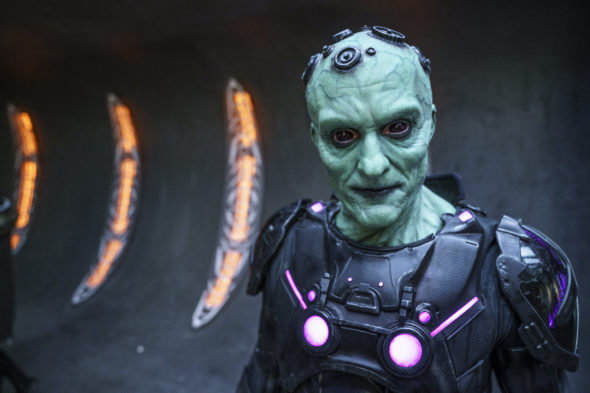 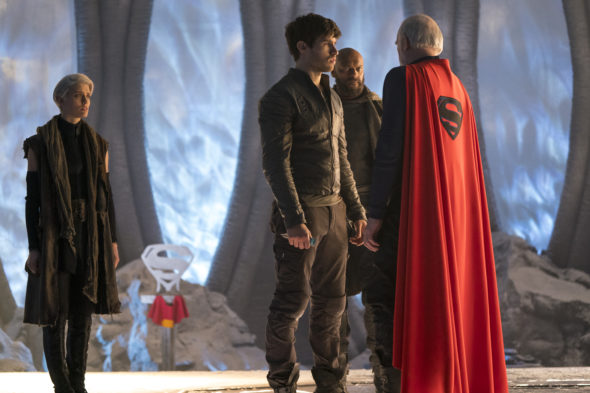 What do you think? Have you been watching the first season of the Krypton TV series? Did you expect Syfy to cancel or renew it for a second season? Let us know, below.

I am pleased to see Krypton was renewed. I think the show was different & well written. I look forward to the new season.

I am glad that SyFy has decided to give Krypton a second season. The show is great.

Great show. Very entertaining. I like it more than supergirl.

LOVE THIS SHOW. HAS ME ON THE FRONT OY SEAT. CAN’T WAIT UNTIL SEASON 2 COMES ON. BEST SHOW ON SYFY.

As shows have finished up and I’ve gotten deeper into my DVR I started this show the other day… 6 episodes in its been far better than I thought it would be. Actually, that’s selling it short. It’s been pretty damn good!

Here it is September, & I just got around to watching more of Krypton. I had watched the first couple episodes back in April, but it was SO SLOW. I liked the characters & story, though, so I hung on to it. It took 6 episodes before it finally got good. & when it did, I was on the edge of my seat for the last 4 episodes! Cant wait till next season!