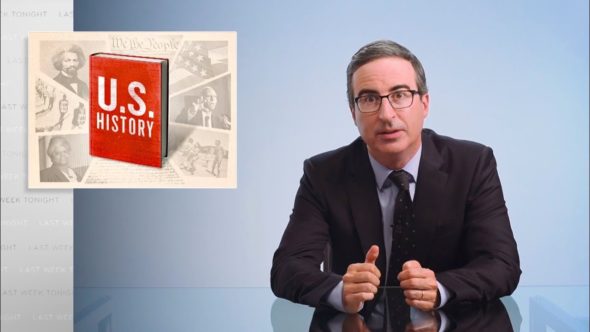 New episodes of Last Week Tonight with John Oliver are on the way. HBO has announced the February 19th premiere date of season 10 with the release of a preview. Each weekly half-hour episode features Oliver sharing his comedic take on political, social, and cultural events in the US and worldwide.

HBO revealed more about the series’ return in a press release.

“HBO’s Emmy(R)-winning LAST WEEK TONIGHT WITH JOHN OLIVER returns for its tenth season SUNDAY, FEBRUARY 19 at 11:00 p.m. ET. The series airs on HBO and is available to stream on HBO Max.

The series has received 26 Emmys(R) since its premiere in 2014. Last year, it won for Outstanding Variety Talk Series and Outstanding Writing for a Variety Series, both for the seventh year in a row. The series has also been honored with two Peabody Awards, three Critics Choice Awards in the category of Best Talk Show, two GLAAD Media Awards, five Writers Guild Awards and seven consecutive PGA Awards.

Watch the preview for Last Week Tonight with John Oliver season 10 below.

What do you think? Are you excited about the return of this weekly HBO series?