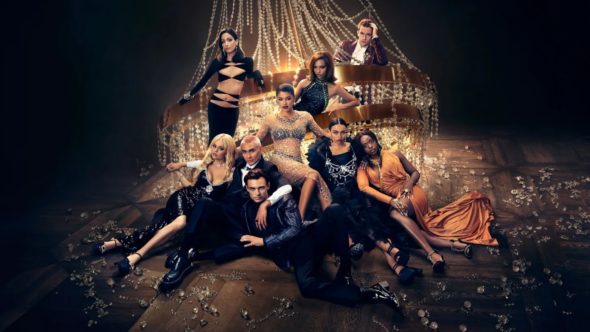 The new incarnation of Gossip Girl has been cancelled by HBO Max and will conclude this week. Series creator Josh Safran was saddened by the news, but not surprised. He suspected a cancellation was coming because of how expensive Gossip Girl is (“It takes a lot of money to look this good.”) and because numerous HBO Max shows have been cancelled recently.

Safran said the following about HBO Max‘s cancellation of the series, per Vanity Fair:

“I think you’re looking at a lot of cancellations at this particular network, but [also] every network, every streamer. In the rush to announce themselves, they spent money—which is great for us. I’m very grateful for that. Over time there is debt, and that’s why we’re seeing a wave of cancellation. So sure, I’m sure the [Warner Bros. Discovery] merger had something to do with it, but also we are very expensive. Even if there hadn’t been a merger, who knows? I don’t know numbers, I can’t speak to that. I know that people love this season. I feel the love, I definitely get more reactions on social media than any other show I’ve ever worked on.

All we can do is have made a great show. We’re really proud of this season. I’m also proud of season one, but I think that the saddest thing about what’s happening these days in the marketplace is that the whole point of TV was to create characters and worlds that could grow and deepen as they went on. That’s becoming less and less likely for the majority of shows, and that sucks.”

Safran envisioned Gossip Girl as a four-season series that would have ended with most of the characters having graduated. As for what a third season would have looked like, Safran did talk a bit about that as well:

“There were two motors that we announced at the end of season two. One is still in the show. I left it in because it works whether there’s season three or not, and it’s very clear what that is. I wonder if people will notice it, though, because it’s after the credits and I think people who got the screener didn’t look after the credits. So, that’s one.

The other one, Aaron Dominguez from Only Murders in the Building was going to be a new series regular, and you meet him in Rome at the end of season two. He meets Zoya and there’s a lovely scene between them, but there was a lot more. He interacted with the whole cast and there was a very big motor with his character, and that was removed.”

When the news of the cancellation of Gossip Girl was first released, Safran mentioned the possibility of the series moving to another outlet. However, given how expensive the show is to produce, he doubts that it will happen.

What do you think? Did you want to see a third season of Gossip Girl on HBO Max? Would you watch this show on another outlet?

This show was garbage. It a shame that they soured that name gossip girl. So glad its g I love you have a.one it was garbage.

I only got into this Season 2 and it was such an easy and enjoyable watch. I became so invested towards the end Really sad it has been cancelled.

Is anyone else starting to feel like you can’t become too invested in TV shows, lest they be suddenly cancelled and end on a cliffhanger?

I’m so sad! I just recently discovered this show and binged it all.