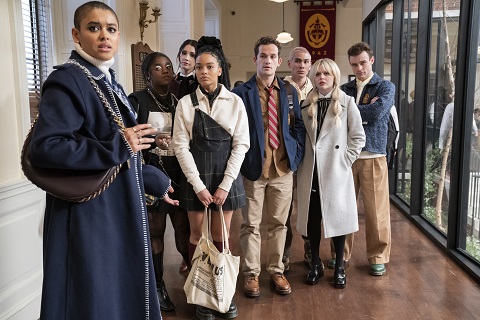 The second season of the Max Original Gossip Girl debuts Thursday, December 1. Developed by showrunner Joshua Safran, a writer and executive producer on the original series, the new series is based on the bestselling novels by Cecily von Ziegesar and the original show, developed by Josh Schwartz and Stephanie Savage.

Season 2 logline: It’s the second semester of Junior year, and Gossip Girl is leaving no stone unturned in her effort to control the scandalous lives/spin the scandalous lies of Manhattan’s elite. She’s learned a thing or two from her first go-round – namely what her audience wants, they shall get. It’s time for her to turn the heat up on what’s been simmering (Julien, have you met Monet?) as well as look at her own impact, and how she can make it more catastrophic than it was before. Even if that means lying to do it. Old enemies, new allies, constantly shifting sands – this semester, there can only be one queen, and by the end of the school year, everyone will know where the bodies are buried, and just who was holding the shovel.

Season one debuted in July 2021 and all twelve episodes are available to stream on HBO Max.

Check out more photos from Gossip Girl season two below. 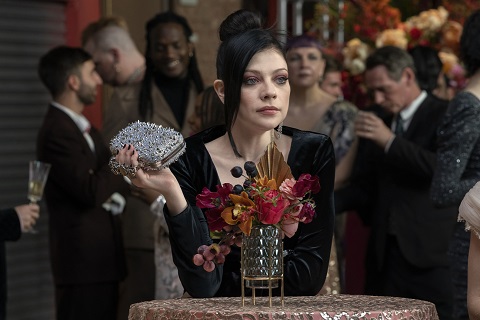 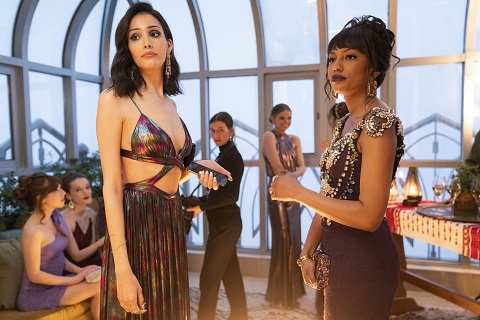 What do you think? Are you excited about the return of Gossip Girl on HBO Max? Have you checked out this sequel series?

I hope they planned an ending. Just in case…