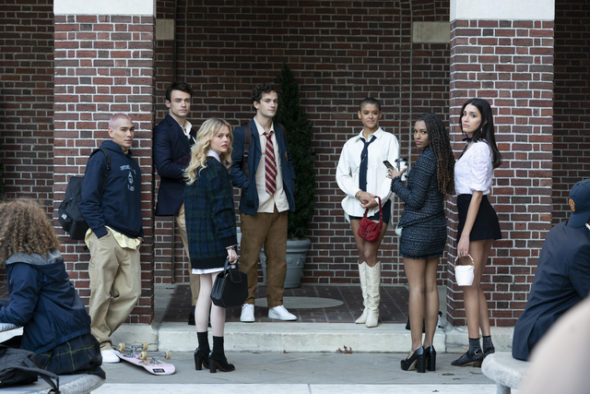 TV show description:
Developed by showrunner Joshua Safran (a writer and executive producer on the 2007–2012 original series which aired on The CW), the current Gossip Girl takes viewers back to the Upper East Side to find a new generation of New York private school teens being introduced to social surveillance, some nine years after the original blogger’s website went dark.

The show explores just how much social media — and the landscape of New York itself — has changed in the intervening years. Though times have changed, Gossip Girl (Bell) is still watching.

What do you think? Do you like the Gossip Girl TV show? Do you think it should be cancelled or renewed for another season?

Nostalgia is blinding people. This show is good. Some of you guys need to move on or simply don’t watch