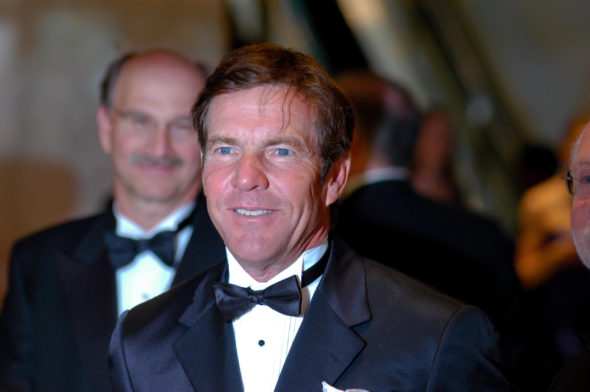 Dennis Quaid is joining the cast of the 1883 spin-off 1883: The Bass Reeves Story. The upcoming Paramount+ limited series from Taylor Sheridan will focus on legendary lawman Bass Reeves and star David Oyelowo in the title role.

Variety reports that Quaid will play “Sherrill Lynn, a Deputy U.S. Marshall.” No other details about the character were revealed. The series is currently filming in Texas. Known primarily for his film work, Quaid has played very few roles on television.

The following was revealed about the plot of the Paramount+ series:

“Reeves was known as the greatest frontier hero in American history and also believed to be the inspiration for ‘The Lone Ranger.’ He worked in the post-Reconstruction era as a federal peace officer in the Indian Territory, capturing over 3,000 of the most dangerous criminals without ever being wounded.”

Additional details and members of the cast will be announced at a later date.

A prequel to Sheridan’s Yellowstone series, the 1883 TV show ran for one season of 10 episodes and concluded a year ago. It stars Sam Elliott, Tim McGraw, Faith Hill, Isabel May, LaMonica Garrett, Marc Rissmann, Audie Rick, Eric Nelsen, and James Landry Hébert. The story follows an earlier generation of the Dutton family seen in Yellowstone.

What do you think? Are you planning to check out this new 1883 spinoff on Paramount+?

Definitely yes, love all all the spinoff from Yellowstone. Taylor Sheridan is amazing writer and director and actor. Yellowstone is awsome, love 1883, love 1923.

Absolutely, would hate to miss it

Yes, I will. I have loved all the spin offs of Yellowstone

Look forward to seeing it new series after filming this show. Dennis Quaid love him good cast main character in it.