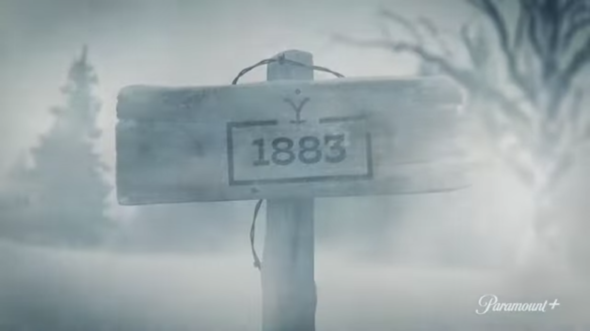 1883, the Yellowstone prequel series, has added three big names to its cast. Sam Elliot, Faith Hill, and Tim McGraw will star in the upcoming Paramount+ series. Hill and McGraw both shared the news on social media. The real-life married couple will be playing the original matriarch and patriarch of the Dutton family.

Check out their posts below.

Finally the day has come when I get to share some exciting news with you! I will be playing Margaret Dutton, the original matriarch of the Dutton family in the Yellowstone prequel 1883. Just wait, you have never seen anything like this! @paramountplus pic.twitter.com/iVfFybU2p3

So excited I can finally share this….I’m joining the Dutton family in the @Yellowstone prequel, 1883, coming to @paramountplus! And my incredible wife @FaithHill will be playing Margaret Dutton!! #yellowstone pic.twitter.com/nxhKimWbZI

Paramount+, the streaming service from ViacomCBS, and MTV Entertainment Studios today announced that Academy Award(R) nominee legend Sam Elliott will star alongside global superstars Tim McGraw and Faith Hill in the service’s upcoming original series 1883. Created by Taylor Sheridan, 1883 is the highly anticipated prequel to the Emmy(R) nominated Yellowstone. 101 Studios and Bosque Ranch Productions will serve as production partners on the series.

1883 follows the Dutton family as they embark on a journey west through the Great Plains toward the last bastion of untamed America. It is a stark retelling of Western expansion, and an intense study of one family fleeing poverty to seek a better future in America’s promised land – Montana.

Elliott is set to play Shea Brennan, a tough as nails, handsome cowboy with immense sadness in his past. He has the herculean task of guiding a group from Texas to Montana, and he does not suffer fools. McGraw and Hill will portray James and Margaret Dutton, the patriarch and matriarch of the Dutton family, respectively. Additional cast to be announced.

“It all starts with the writing, and Taylor Sheridan is a brilliant writer,” said Elliott. “I think the western genre speaks clearly to both of us. The classic struggles of man against man, man against nature and man against himself. It’s all there, in 1883, and I’m honored to be a part of it.”

“This is truly a dream job,” said Tim McGraw. “Taylor has found a way of storytelling that brilliantly creates these epic dramas and family sagas with so much depth and creativity. The Duttons are tremendous characters and it’s so thrilling to be able to bring them to life. As a kid growing up riding horses, you think about dream jobs like this and I am just so excited to work with this amazing cast and crew.”

“This is the opportunity of a lifetime,” said Faith Hill. “The Duttons are a formidable family and it is an absolute dream to bring such a strong female character like Margaret Dutton to life. I am humbled and honored to work with Taylor and his entire team.”

“Yellowstone is a massive hit show with tens of millions of fans – with 1883,” we are taking those fans back to the origin story, and in the process, turning the ‘Yellowstone’ world into a global hit franchise to fuel the growth of Paramount+,” said Chris McCarthy, President/CEO, MTV Entertainment Group. “We are thrilled to have Sam, Tim and Faith as the stars of Taylor Sheridan’s new series exclusively for Paramount+ around the world.”

“We are thrilled to have Academy Award nominee and acting legend Sam and hugely talented, award-winning artists Faith and Tim all join the Taylor Sheridan universe,” said David Glasser, CEO of 101 Studios. “Taylor’s proven his immense capability of creating captivating characters and immersive worlds and there’s no exception here with 1883 and Sam, Faith and Tim’s characters. We are looking forward to this further expansion of the world of Yellowstone and bringing it to audiences everywhere.”

A premiere date and additional cast for 1883 will be announced at a later time.

What do you think? Are you a fan of Yellowstone? Do you plan to watch 1883 on Paramount+?

Love the show and cant wait for the prequel.Love Sam Elliot. Only hope we get it here in Australia.

would love to watch but do not have Paramount+ and do not plan to
get it. Put on regular TV. I already pay for that and there is nothing on it.

I really like Yellowstone, but will not pay a premium to watch 1883 as much as I’d like to see it. Put it on regular tv and I’ll watch.

I will be watching .Love this trio of people! Let’s keep it on regular channels PLEASE!

OMG! I’ve been secretly in love with Sam Elliott for years! He could sit & read the yellow pages and I’d watch… can’t wait for Y-1883 —- my only question is this show only going to be on Paramount+ streaming service? Not the same Paramount channel that Yellowstone is currently shown? I pay an arm & a leg for cable service so I refuse to pay for any additional streaming services for any network that I’m already paying for…. Pleassssssssssseeee tell me it ain’t so! It’s a shame Yellowstone is ending it is one of the best shows produced and… Read more »

Agree with you. I won’t and can’t pay extra for the show. Sounds like it will be good but I’m sick and tired of the networks putting everything on pay tv. We have basic and as retirees that’s all we can afford.

Can’t wait for the next season to come about . One of my favorite shows!