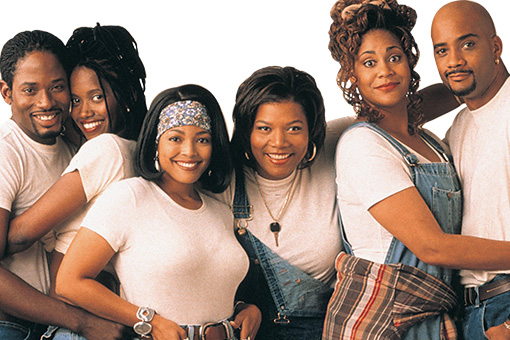 Are you a fan of Living Single? In honor of the show’s 20th anniversary, the cast and creator spoke with The Root about the FOX TV series.

In the interview, Bowser said she’s proud of the impact Living Single has had:

I feel blessed that my vision and the characters have stuck with people through the decades. It’s a blessing to set out to make art, make TV and to end up making history. It feels great. It makes me smile, and it’s certainly something to be proud of. After A Different World went off the air, it left a void. There was no longer a platform for strong black female voices. Suddenly, I didn’t see myself. That was my impetus for creating the show.”

But what would their characters be doing 20 years later? Erika Alexander says:

I can only imagine that a character like her, if her core is to be an individual and be strong, maybe she is in something that is totally against her being a lawyer. Totally in something with her being in constant with who she is, and her trying to walk through it. I don’t know what that is exactly, but I’d definitely put her in the hot seat. I think that’s what happens in your 40s. All the confidence you once had you start to lack. Sometimes you lose your way a bit. It would be interesting.”

And what are the chances of a reboot? From what Bowser says, it sounds like a Living Single reboot could happen:

I haven’t been able to go into that kind of detail ’cause that could be telling you what’s in my head. I will tell you that anything is possible ’cause these characters are always alive in my mind. They live inside of me, so I’ll just say that. [Laughs.]”

What do you think? Did you watch Living Single? Would you watch a reboot?

This is one of the best shows!!! I would love to see a reunion! The writers of this show take full advantage of all of the talents of this show. The comedic timing is unparalleled. Having six unique characters in starring roles is Amazing!
Not to mention a supporting cast of reoccurring roles makes this show wonderful.

DVD and watch them on a very regular basis. I enjo

I would definitely watch all living single reboot. I own all the seasons on DVD and watch them on a very regular basis. I enjoy seeing people of color who are prosperous and remind me of the people in my life!