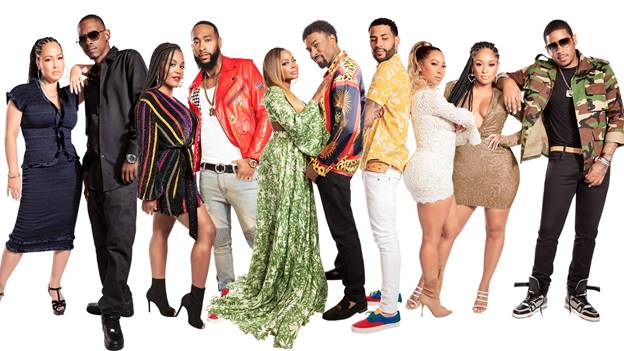 Time for more Marriage Boot Camp! WE tv is bringing back a new season of the Hip Hop Edition this summer. Fans can see new episodes starting in July.

WE tv revealed more about the return of the series in a press release and released a teaser video:

“Five new hip hop couples are taking a step back from the game on an all-new season of Marriage Boot Camp: Hip Hop Edition, premiering Thursday, July 2 at 9pm on WE tv. This season PHAEDRA (The Real Housewives of Atlanta) and MEDINA (rapper and actor), WILLIE and SHANDA (Love and Hip Hop Hollywood), TAHIRY (Love and Hip Hop New York) and VADO (rapper), KURUPT (rapper) and TONI (model), and HAZEL-E (Love and Hip Hop Hollywood) and DE’VON (model) have the awards, the view counts, the platinum records and the love of millions of fans, but they can’t seem to secure a relationship with the person who matters most.

Dr. Ish’s unique sensibilities will be doled in a no B.S. tough love fashion in order to pull these celebrities out of the clouds and put them back into reality, along with Judge Lynn Toler who brings her own style to the drills, which aim to test the boot campers and answer: which couple makes beautiful music together, and who should go solo?

What do you think? Are you a fan of this reality series? Will you be watching the next season of  Marriage Boot Camp: Hip Hop Edition on WE tv?