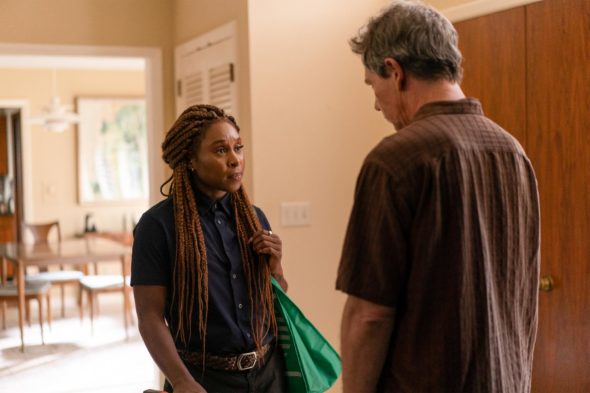 The mystery of The Outsider won’t continue on HBO. The cable channel has cancelled the series but the MRC studio is planning to shop season two to other outlets.

“We enjoyed our collaboration with Richard, Jason, Andrew, and the MRC team, and we wish them well in continuing the world created by the brilliant Stephen King,” an HBO spokesperson said.

What do you think? Have you seen The Outsider? Would you watch season two on a different channel or streaming service?

HBO didn’t Re-new ,so it’s their Loss ! It was a Great Viewing Experience ! A really good Series to watch.

Yes, I would watch this virtually anywhere! What was HBO thinking?!? <– Not a rhetorical question.

Unbelievable!! HBO how stupid can you really be??!! This was the absolute best series ever. Edge of your seat…creepy to the core. I’ve never seen a show that’s been able to do that to me. I am pissed! Someone pick this up!!

100% dissapointed that it is not coming back. it was one of the best shows of the year