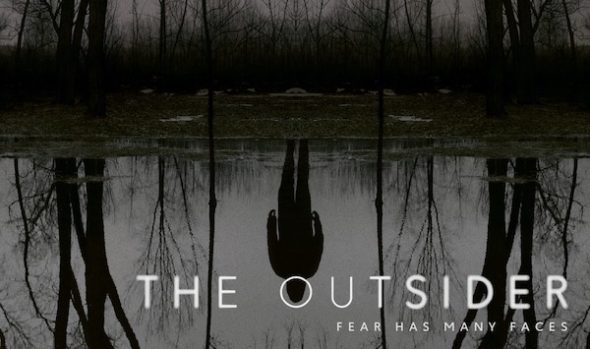 Stephen King has produced a lot of bestselling novels but the TV shows that are based on them have had mixed success in the ratings. How will The Outsider do on HBO? Has it been designed as a one-season show or, could it be renewed for season two (potentially with a new case)? Stay tuned. *Status Update Below.

A drama that’s based on King’s novel of the same name, The Outsider TV series stars Ben Mendelsohn, Cynthia Erivo, Bill Camp, Mare Winningham, Paddy Considine, Julianne Nicholson, Yul Vázquez, Jeremy Bobb, Marc Menchaca, and Jason Bateman. While police detective Ralph Anderson (Mendelsohn) and his wife (Winningham) are still grieving the recent death of his son, he sets out to investigate the mutilated body of an 11-year-old named Frankie Peterson who’s been found murdered in the woods of Georgia. The mysterious circumstances surrounding this horrifying crime leads Ralph to bring in an unorthodox private investigator, Holly Gibney (Erivo). She has uncanny abilities that Ralph hopes will help explain the unexplainable.

What do you think? Do you like The Outsider TV series on HBO? Should it be cancelled? Renewed for a second season, potentially with a new cast or case?

LOVED the 1st season will be so very disappointed if it does not return. My husband and I couldn’t step away. Please bring it back for a 2nd season.

GREAT SHOW. Taped a few at a time and loved the mystery of it..learning what happens next ..great writing and actors! Scary enough to keep us on edge!
Bring it back!!

My disappointment of the ending doesn’t quite rank up there with the GOT but I expected much more than this finale ending.

My husband and I like it very much and hope it comes back….either as a continuation or a new show…like The Sinner does.

This is a crapy show very very slow
Acting is okay. Go watch the Witcher for a good horror she

Yes I like the Outsider, it starts a little slow but picks up and becomes more interesting when Holly Gibney (Erivo) arrives.

Yes I would love another season. Keeps me at the edge of my seat