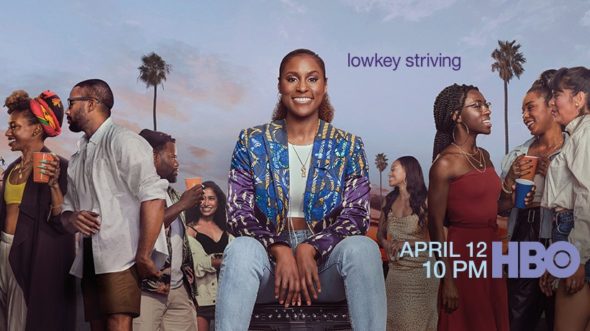 The Insecure TV series has done well in the ratings for HBO but it’s been more than a year since the last season aired. Have viewers forgotten about it or, has the long absence made people really crave new episodes. Will Insecure be cancelled or renewed for season five? Stay tuned. *Status update below.

A single-camera comedy series, Insecure stars Issa Rae, Yvonne Orji, Jay Ellis, Natasha Rothwell, Amanda Seales, Kendrick Sampson, and Alexander Hodge. The TV show centers on friends Issa (Rae), Molly (Orji), Lawrence (Ellis), and Tiffany (Seales) as they deal with their own real-life flaws. They attempt to navigate different worlds and cope with an endless series of uncomfortable, everyday experiences. In season four, Issa pursues a passion project she actually cares about and Molly navigates a real relationship for the first time. Meanwhile, their friend Lawrence figures out what leveling-up means for him, and Tiffany’s baby changes the dynamic of the friend group.

What do you think? Do you like the Insecure TV series on HBO? Should it be cancelled or renewed for a fifth season?

*5/2/20 update: Insecure has been renewed for a fifth season.