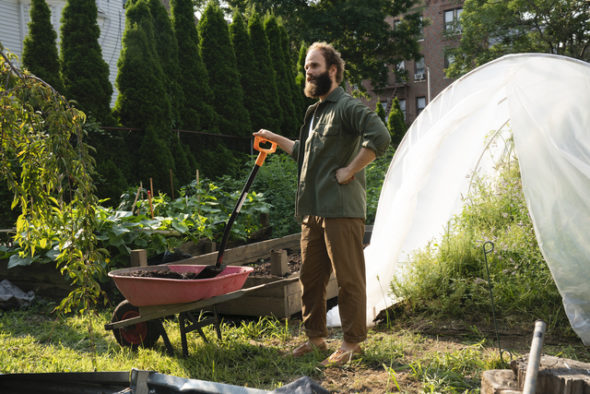 Is this show addictive?  Has the High Maintenance TV show been cancelled or renewed for a fifth season on HBO? The television vulture is watching all the latest cancellation and renewal news, so this page is the place to track the status of High Maintenance, season five. Bookmark it, or subscribe for the latest updates. Remember, the television vulture is watching your shows. Are you?

The fourth season of High Maintenance averaged a 0.05 rating in the 18-49 demographic and 224,000 viewers. Compared to season three, that’s down by 30% in the demo and down by 1% in viewership. Find out how High Maintenance stacks up against other HBO TV shows.

Will HBO cancel or renew High Maintenance for season five? The ratings have never been very good and now, HBO is airing this show late on Friday nights so the numbers are sure to be lower. Still, High Maintenance seems inexpensive to produce so, as long as the creators want to keep making it, I think it will be renewed. I’ll update this page with breaking developments. Subscribe for free alerts on High Maintenance cancellation or renewal news.

What do you think? Were you hoping that the High Maintenance TV show would be renewed for a fifth season? Do you hope that it will be revived someday?

I ran into this series entirely by accident but have been enjoying it very much. It is just zany enough but with modern messages to keep my interest high (no pun intended). HBO apparently makes little effort to promote this show, and the low ratings prove it. I sincerely hope that more seasons are in the cards for this delightful but hidden gem.

It’s really strange but at the app, the first 3 seasons simply disappeared. I wonder what’s happened. This is one of my favorite shows. Hope it is just a temporary bug.