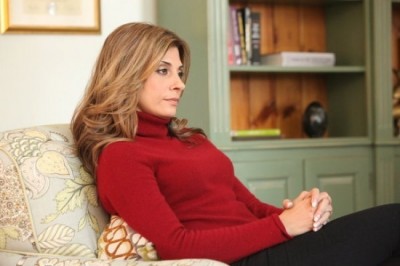 As reported back in November, USA has renewed Necessary Roughness for a third season. The TV series will return with 10 new episodes sometime this year. This represents the smallest season order to date. A bad sign for the show’s future? We shall see.

The first season ran over Summer 2011 and had 12 installments. The second season began airing last June and 11 episodes ran through late August. The remaining five installments of season two will start rolling out on January 23rd and finish on February 20th.

“NECESSARY ROUGHNESS is an important page in our network playbook,” said Wachtel and McCumber. “With a standout team of actors and writers playing at the top of their game, the upcoming seasons promise to deliver high-impact and creative storytelling.”

NECESSARY ROUGHNESS features Golden Globe(R) nominee Callie Thorne as she reprises her acclaimed role as Dr. Dani Santino, a Long Island psychotherapist and single mother who’s plucked out of relative obscurity to become the sports-psychologist for the New York Hawks. Season two returns on January 23, 2013 at 10/9c with five powerful episodes leading to a dramatic finale. After running the risk of losing her entire practice, Dani attempts to pick up the pieces of her complicated life. Meanwhile, Hawks star player and ultimate bad boy TK (Mehcad Brooks) struggles with his sobriety but will stop at nothing to maintain his number-one position as wide receiver. And with the franchise’s ownership in the balance, the team is challenged when a secret threatens to bring down the Hawks’ entire season.

The #1 network in all of basic cable for six consecutive years and an unprecedented seven straight summers, USA Network is seen in over 102 million U.S. homes. USA is a leader in scripted programming with a powerful stable of originals, spectacular live television and is home to the best in blockbuster theatrical films, a broad portfolio of acquired series and entertainment events. A trailblazer in digital innovation and storytelling, USA is defining, driving and setting the industry standard for Social TV. USA is a program service of NBCUniversal Cable Entertainment, a division of NBCUniversal. The award-winning website is located at www.usanetwork.com. Characters Welcome.

What do you think? Are you looking forward to season three of the USA series?

USA is starting to suffer from Jeff Zucker-itis : Not creating new hits and renewing low-rated shows like Necessary Roughness.

Frankly, to me it’s money wasted.