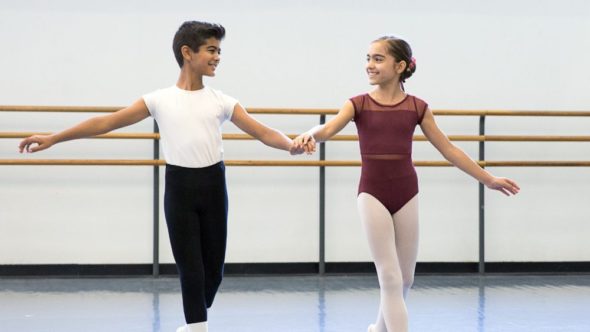 On Pointe is coming to Disney+ and the streaming service has now released a trailer. The documentary series follows the students at the School of American Ballet. The series is set to arrive on the service on December 18th.

The show is being billed as the real-life Center Stage. The School of American Ballet was used as the basis for the institution in that film. The series will consist of six episodes.

Check out the announcement from Disney+ for the series below.

To pursue their dreams, these dancers will have to rise above the barre. Follow the real-life stories of students from the School of American Ballet in #OnPointe, an Original Documentary Series, streaming Dec. 18 on #DisneyPlus. pic.twitter.com/aTtxlBN70c

Entertainment Weekly revealed the following about the series:

“Chronicling the lives of world-class students age 8 to 18 pursuing their dreams of becoming professional ballet dancers in an uber-competitive environment, the series reveals what it’s really like to make it as a professional dancer, including all the highs of success and the very low lows. While older students rigorously train for professional careers, younger students are put through their paces as they rehearse and perform in New York City Ballet’s holiday classic George Balanchine’s The Nutcracker at Lincoln Center.”

Check out the trailer teasing the season of On Pointe below.

What do you think? Will you check out On Pointe on Disney+ in December?