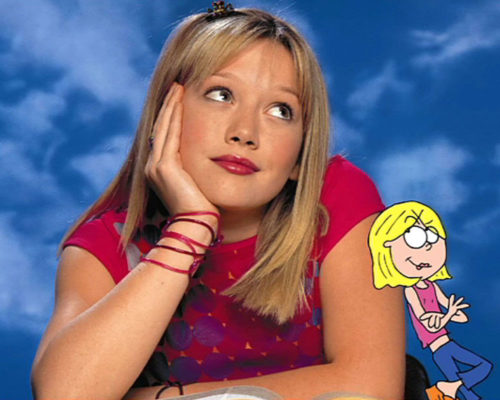 This is what dreams are made of. Disney+ just announced they are reviving the hit Disney Channel TV show Lizzie McGuire with original star Hilary Duff.

The original sitcom starred Duff as Lizzie McGuire, an average teen dealing with her friends, family, and school. The cast also included Lalaine, Adam Lamberg, Jake Thomas, Hallie Todd, and Robert Carradine. The show ran on Disney Channel between 2001 and 2004.

Disney+’s upcoming Lizzie McGuire sequel series will see Duff return as a now-30-year-old Lizzie, who is living in New York City. Series creator Terri Minsky is also back on board for the revival.

As part of the announcement, Duff spoke with Good Morning America about the Disney+ series and what fans can expect:

Her life is framed pretty perfectly. She has her dream job [as] an apprentice for an interior designer, who is a pretty big deal. [She] has a cute little apartment in Brooklyn.”

And what about her friends, Gordo and Miranda? Duff says there will be a few surprises in store:

I have to play it coy, but there are a lot of surprises in store. Everyone’s dreams are going to be fulfilled by going on the journey of the show.”

Disney+ has not yet announced a premiere date for their Lizzie McGuire revival, but you can watch Duff’s interview below:

What do you think? Are you a fan of Lizzie McGuire? Will you watch the sequel series?

So happy comes out Shia mess up actor what shame won’t make another show now rewatch Disney plus can’t wait for come back on app.